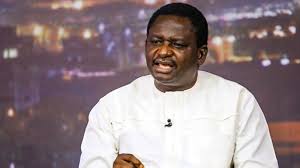 The President felt the time was right to have a change in the security system in the country that was the major reason President Buhari changed the service chiefs.

This was contained in a reaction to question asked him in regards to the sack of the service chiefs, the presidential spokesman on media and publicity, Femi Adesina, said it was time to rijig the country’s security system.

Featuring on Channels Television’s Politics Today, Adesina said: “The President knew the time to do it and I believe the time has come and that is why it has been done.

“I don’t think it is a matter of right or wrong, it is just a matter of doing what is best for the country at the best time.

“It will not be right to say one side was right or one side was wrong because the President even in the statement we issued, also commended the outgoing service chiefs for their contribution to engendering a safer country.

“That shows that by and large, he was satisfied with their performances and he just felt it was time to rejig the system; have fresh energy, have fresh blood, have fresh ideas”.

However, the sack of the security chiefs has received mix reaction, with some calling on the probe of the past chief’s, while, some see it as long overdue.