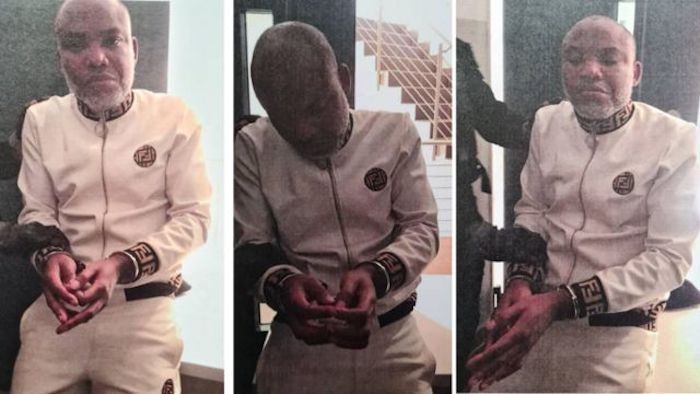 Mr Ejiofor stated this on Friday in a Facebook post noting that the East African nation was “deeply involved in the abduction, detention and ill-treatment of my client before the illegal handover to their Nigerian counterpart.”

He had earlier announced being granted access to meet with Kanu, the leader of aeparatist group, Indigenous People of Biafra (IPOB).

“My Client – Mazi Nnamdi Kanu, was actually abducted by the accursed Kenya’s Special Police Force on the 18th of June 2021 at their International Airport, and  consequently taken to an undisclosed residence under dehumanizing conditions,” Mr Ejiofor said in the post.

Kenya High Commissioner to Nigeria had however denied the involvement of his home government in the extradition of leader of Kanu.

Ambassador Wilfred Machage at a press conference on Friday described the allegations as “fictional, imaginary and deliberately concerted to fuel antagonistic feelings among certain section of the Nigerian people.”

Counsel to the IPOB leader in the post debunked the claims of the Kenyan diplomat noting that Kanu was “tortured  and subjected to all forms of inhuman treatment which worsened his health condition. He was illegally detained for eight good days in Kenya before being transfered to their Nigerian counterpart.”

He added further that his client “was purportedly investigated on a bogus charge while in their custody, ostensibly, awaiting to be handed over after their findings proved him innocent of all the spurious allegations. They later beckoned  on their Nigerian Counterpart to take over.

“A scan of his heart showed that the heart has enlarged by 13% due to the dehumanizing treatment meted to him. There will be need for immediate proper medical examination and attention for him.”