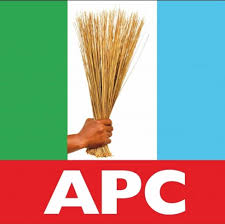 Gentlemen of the Press, you are warmly welcomed to this forum organized by the Kwara State APC Integrity Group, to have a 60-minute session of interactive, interrogative and integrative tete-and-tete with you.

As the name connotes, this is a group composed of men of impeccable character. Men who adhere to moral and ethical principles of politics, either in times of peace or adversity.

Integrity Group is a subset in the umbrella body of Kwara State Chapter of APC under the leadership of Hon. Bashir Ọmọlaja Bolarinwa, who is the Caretaker Chairman by Right and by the Law.

This body is a Think-tank, an advisory body that provides intellectual support services to the State Working Committee of the party organization.

With regret, it has become an open secret that our governing party in this State is critically ill, lying in the operation theatre for surgery. Regrettably still, the Chief Medical Director is contemplating “Mercy Killing” by withholding extreme medical measures, rather than providing life support for the patient.

In the past few weeks, there have been waterlogged of stories in the media about the cause and effect of the unfortunate infighting in our party. There have been different narratives from different perspectives and affinity.

Gentlemen of the press, we are here this afternoon, not to praise any of the dramatis personae but to clip their wings of disunity and mischief, by telling the public the Truth, the Apostle Truth, nothing but the Truth about the matter.

It is far from the truth that the APC leadership abandoned its gubernatorial candidate at the injury time, as claimed by Governor Abdulrahman AbdulRasaq. It is also important to affirm that there is not a scintilla of truth in the stories of contest for the leadership of APC between Governor Abdulrahman AbdulRasaq and the Hon. Minister of Information and Culture, Alh. AbdulRauf Lai Mohammed, during and after the elections. The position of the party that the Governor is the Leader is never in dispute and it is so recognized by the rank and file of our party in this State.

Gentlemen, having carefully followed the sordid trending events in the Party, we must, without any reservation, state that we are not only highly embarrassed but greatly worried and disappointed that our State Governor at a recent book launch in Ilorin can be referencing and talking about some pre-election matters that took place two years before his election. We also note with concern the timing of his message and the manner it was presented only goes to portray our party as an organisation with no credible leadership or any internal mechanism where such matters can be referred.

But we must state here that on our part, when the crisis began to rear its ugly head specifically in the month of August 2019, a 7-man committee of elders and leaders was set up comprising of Alh. LAK Jimoh, Alh. Attahiru Manko, Alh. I.A. Jimoh, Alh. Adebayo Adisa, Alh. Isa Afon, Alh. Hassan Salami (of blessed memory) and Barr. Iyiola Oyedepo, to interface with the State Governor and commence the process of reconciliation. It was at this meeting (the first and only till date) that the Governor indeed came up with the issue that party leaders did not avail him with campaign funds and cars, during his electioneering campaign.

But in the spirit of genuine reconciliation, the elders made it clear to the Governor that even if he was handed all the monies and materials as he demanded, he could not have achieved more than the victory already secured. What was therefore expected after the meeting was that the governor would bring everyone together in the interest of good governance and true reconciliation but this was not to be.

Curiously, two years running, it is surprising that the Governor can still continue to nurse grudges on issues that pre-date his election. This may perhaps also interest you to note that we did not limit the peace process to the Governor and elders alone, we went further to invite both the Minister of Information and Culture, Alh. Lai Mohammed as-well-as the Party Chairman, Hon. Bashir Bolarinwa both of whom availed us of their positions and involvement. Therefore the meeting was expanded such that the duo and the party elders would meet with the Governor to resolve issues.

Regrettably, the governor has not been disposed or willing to create the atmosphere for any meeting till date. We are therefore shocked to note that despite the efforts made to ensure a lasting peace in the party, the Governor has continued to display that false sense of grievances, which enable rational minds to begin to doubt the genuineness of the Governor’s claims. We believe strongly that a wise and prudent statesman should always approach long established institutions and practices with public caution and to be more guided by history and experience rather than the universal doctrine about man and society.

The Governor’s frosty relationship with the party became noticeable immediately after he secured the party’s ticket. He started declining calls and avoiding contacts with the leadership as-well-as elders of the party. He was taking unilateral decisions, especially on the party’s choice on Deputy Governor, which he single-handedly changed from Architect Olukayode Abogunrin to Mr. Kayode Alabi, who has been a stooge of the Governor’s family for decades.

Gentlemen of the press, you are not unaware that Governor Abdulrahman AbdulRasaq’s group made a total mess of the Membership Registration/Revalidation exercise in this State.

Is it not an antithesis to the catalogue of moralities of O To Gẹ́ẹ́ philosophy that the product of the struggle was unable to conduct free, fair and transparent demography of our political family (APC)? Nothing could be more shameful indeed!

While many prospective members were short out, the existing family members were deliberately blacken out of the exercise. This necessitated a formal complaints lodged by the Legacy group to the National Leadership of the party.

Much as we appreciate the positive disposition of the National Headquarters to our plights in Kwara State, we hereby appeal to their conscience that justice must not only be done but must be seen to have been done. Otherwise, the corporate existence of our party might be in jeopardy. A quick check of contentious issues are as follows:

Justice demands that complainant in a dispute should not be deprived the fruits of  his/her complaints. We ought to take custody of the fresh materials.

We hereby state categorically that we are fully prepared to go for Direct Congresses immediately after registration/revalidation exercise. We are not, and shall not be part of the unilateral “consensus” arrangement being proposed by the Governor’s group. The beauty of democracy is in allowing minority to have their say, even when majority have their way. The only civilized way to prove our numerical values is through Congresses, not by any proxy.

In conclusion, we hereby express our confidence and unflinching support for Alh. Lai Mohammed and Sen. Gbemisola Ruqayyat Saraki, for being good Ambassadors of Kwara State as Honourable Ministers of the Federal Republic of Nigeria. We deeply and passionately appreciate their contributions to upholding the honour and glory of APC in this State. We cannot but eulogise Hon. Bashir Ọmọlaja Bolarinwa for his sense of maturity, sacrifices and uprightness that have been sustaining the party till date.

I thank you very much for your attention.