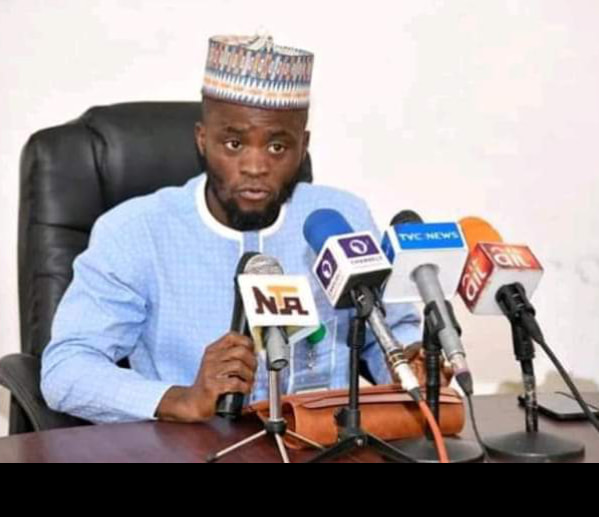 The response by Rafiu Ajakaye, the Chief Press Secretary to Kwara State Governor to this issue of Hijab, could be situated within the prism of the word on the marble by an American Lyricist, Oscar Hammerstien II (1885-1960), that, “It is a modern tragedy that despair has so many spokesmen, and hope so few”.

Much as one appreciates the CPS predicament in making good job from bad tools, he appears compounding his dilemma by inability to recognize the bounds of reasons, bias and objectivity on sensitive issues such as this.

The CPS certainly threw caution and professionalism into the winds by allowing his personal religious sentiments to take precedence over public interest on a matter bordering on state security.

In a fist of anger, he vented his spleen and venoms in his opening paragraph that is not only scandalous but defamatory and libelous. His words: “Your choice of words and politicisation of everything make(sic) you a major promoter of disunity and commotion in our society”. What blackmail, What hatred? SUBUHANALLAH!!!

Reflecting on this statement, it is not difficult to understand that the CPS must have spoken from the abundance of his stomach, to serve as “early warning signal” to  every Kwaran who might hold different political views on issues affecting our lives and that of our children in the State.

Instead of the CPS to discharge his duty with dispassion on some fundamental issues viz: that:

a). His principal met with CAN leadership during campaign to beg for votes and did make a promise.

b). Only victors write history of war.

c). Non-conventional war like the one incubating in kwara, may have no historian left to write it.

d). Kwara South is so unique and complex that campaign of war over religion cannot fly.

e). It requires a leader with patriotic zeal and strong political will to arrest our drifts to a political Armageddon.

Rather, the government’s mouthpiece was brandishing judicial pronouncements that have only provided a peace of the graveyard in the State.

Before proceeding to shedding more lights on why kwarans don’t deserve to be pushed into the Golgotha by this administration over Hijab, let me quickly take exception to the wrong accusation an a bad finger pointed at me by@CPS Rafiu Ajakaye for exercising my fundamental right to freedom of opinion and expression.

He has been put on second and final notice to tender unreserved apologies for the offensive statement of hate, misrepresentation of my person and character assassination, failure of which he would face legal action and professional sanctions.

There are two recognised religious missions that have made invaluable contributions to development of education in the defunct Northern Region. The two missions are formed by Muslim and Christian Communities.

It is on record that Arabic and Islamic education had existed long before the coming of white Christian missionaries who brought Western education to succeed in their evangelical missions.

As a matter of deliberate policy, the white Christian evangelists were barred from penetrating the core North and because Ilorin was also an Islamic city, western education got late to the area. However, missionaries were able to spread the gospel of Christianity in some parts of Nupeland and the Southern part of Ilorin province.

Agunji town in the present Ifelodun LG was the first port of call by the white missionaries and there could be said to be the place where missionary school was first established in 1932, to teach the natives English and Yoruba languages to become pastors and auxiliary teachers.

After some years, the white missionaries left Agunji en mass for Igbaja where they improved on their Yoruba Bible School experiment to establish the present ECWA Theological Seminary School at Igbaja in1941.

However, in 1912, one G. W. Playfair was posted from Egbe (a town in today’s Kogi State) to Oro-Agor, (in the present Ifelodun), to open a new mission station. As many people were converted to Christianity, so was different Christian orthodox Churches were springing up and making tremendous impacts in education and evangelism. Catholic, Anglican, Baptist, Methodist and a few others were making waves in Igbomina/Ekiti/Ibolo axis of defunct Ilorin province.

The main objective by the white missionaries for establishing schools was to convert people into Christian religion. In 1944 Anglican Church brought St. Michael’s Primary School to Omupo, which was the first to have up to four classes (standard 1- 4) and was meant to serve the people of Omupo, Ajasepo, Idofian and environs.

The Muslim Community felt challenged by the rate at which Christianity was growing by leaps and bounds. Thus, in the early 50s, Muslims in different  communities started to establish schools to teach both Islamic and Western education at primary and secondary levels. In most cases, Secondary Schools were joint project by both Muslims and Christians.

In the early 60s communities in the present Kwara South started to witness proliferation of Secondary Schools. It must be noted, however, that Offa Grammar School was the first Community Secondary School in the whole of the old Northern Nigeria.

The competition amongst communities and missions to have secondary schools, was supported by the military administration of Col. David Bamigboye with grant aiding policy and other logistics. At a point, some missionary schools that became envious of community schools started to apply for grant-in-aid for a relief. Eventually, all mission schools were compulsorily acquired by the military to unify and harmonize academic curricula in line with new National Education Objectives.

Ever since, the Christian Community has been showing resentments to the policy while the Muslim missions appeared to be contented with it. The government erred by the half-baked measure of acquisition of 1974, which left a lacunae for the current brouhaha on Hijab that has never been an issue in the past.

In the case of our State, Kwara, both government and CAN have a good case but looking at the security implications of a stiff-neck approach by government, the matter is better resolved amicably by dialogue and NOT by litigation or intimidation of the weaker contender. On a final note, it is important that His Excellency engages CAN for meaningful discussion to be based on sincerity of purpose. A leader that loses the trust of the people, can never regain their confidence and esteem. This is a test case for Governor Abdulrahman AbdulRasaq

write’s in from kwara state