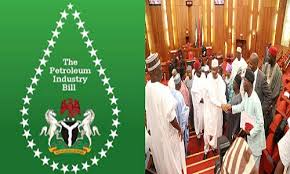 The national assembly has been urged to ensure the swift passage of a competitive petroleum industry bill (PIB), That Will Make Nigeria an investment destination of choice, this call was made by the Lagos chamber of commerce and industry. Mr Muda Yusuf the director of LCCI, made this call in a statement issued on Sunday in Lagos.

He said in his statement that the LCCI was fully in support of the government effort to drive industry reform through new PIB which is currently before the national assembly.

Mr Muda Yusuf appeal to the national assembly to put in place a law that will promote more effective and efficient governance, administration, host community development and fiscal framework for the petroleum industry.

He further said, that a competitive bill will help preserve the integrity of the existing projects, whilst also encourage future growth of the production and make Nigeria investment destination. He said Nigeria with a huge oil and gas reserve in Africa a lot is still untapped, with a bill like this that will attract investors; the country will be a safe heaven for all that will come and do business.

He said despite having the largest oil and gas reserve in Africa. Nigeria only received four percent (3 billion USD) of 75 billion USD, invested in the continent between 2015 and 2019.

He said with the short fall on the part of government in continental investment hence bill like this will bring the much needed succor to the industry. He said one of the key objectives of the PIB 2020, include reform in institutional and fiscal framework and developing Nigeria oil and gas sector. He also said that the host community will befit greatly from this bill as provision has be made adequately to address host communities developmental issues.

“In the bill, this is a great paradise shift from the old ways of doing business, in the industry. He said some aspects of the bill will greatly affect the industry which will accelerate growth of the industry and the overall economy.

He said based on the constructive co-operation between the government, the key players in the industry and host communities, the objective of the reform will be a great success.

He said that there are some key area the bill should seek to address, he listed them to include preservation of base business and rights and granting new deepwater oil projects a full royalty relief during the first five years of production.

The removal of Hydro carbon Tax, as company will still be subject to company Tax Act (CLTA) Others. He said the PIB should also include the exemption for existing export gas supply contracts and obligations.