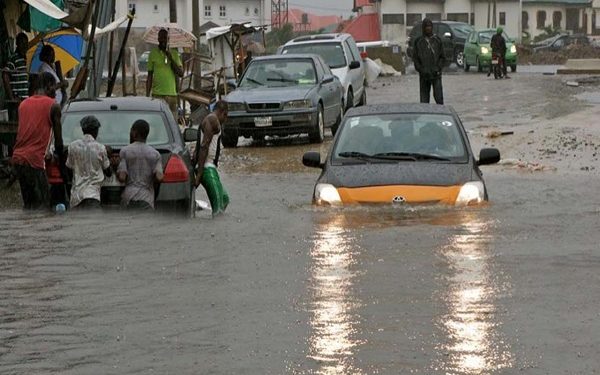 The government believes that flooding and the reclamation of the Atlantic Ocean would have a negative impact not only on the Island but on the entire Lagos State.

It, therefore, advised that developers should stop further interference with the Atlantic Ocean with mega estates like Banana Island and Lekki.

The government also noted that states had yet to act on flood predictions for this year by the Nigeria Hydrological Services Agency (NIHSA).

The warning and observation were the highlights of a news conference yesterday by the   Director-General of the Agency, Engr. Clement Nze, in Abuja.

His words:  ”There is a prediction that Lagos Island is one of the fastest sinking cities that might go down in about 2050. There are about 10 such cities and Lagos is one of them.

“There are so many activities taking place in the Atlantic, such as creating more megacities like Banana Island and Lekki. They are dredging or sand-filling these places.

“You go into the Atlantic and begin to pump sand. As you are pumping sand, you are reclaiming part of the ocean to create land on which you begin to build. Through that dredging or sand filling of the ocean, reclaiming so much portion of the land, you are interfering with the natural echo system.

“They may have done their environmental impact assessment study. If they are bringing any facility or structure into an environment, they are supposed to do a study that will give you an idea of how that environment is going to react by way of imposing something new on it.

“You are pumping sand from the Atlantic to reclaim part of the Atlantic and then going ahead to put up structures or create new cities or communities.

“It is going to have an aftermath effect by your interfering with the natural environment. The ocean is dynamic. As you pump, things are happening.

“Can you imagine what would happen if the kind of rain that fell on the 16th of July happens again two days later? Instead of water from the upland flowing into the ocean, there will be a backwash from the ocean because it cannot swallow the water because the place will now be below the ocean level. It has a negative impact for Lagos, particularly places like Banana Island, Lekki, etc.”

Nze, who   did not attribute the prediction on Lagos Island to any source, expressed worry that state governments had done practically nothing about the warnings contained in the yearly Annual Flood Outflow report.

He, therefore, called on all tiers of   government to immediately prepare for the devastation that is likely to be caused by heavy flooding occasioned by late commencement of and early cessation of rain fall in the country.

The NIHSA boss said: “We have the feeling that government at the various levels are becoming increasingly aware and are desiring to do the needful.

“But when it comes to something on the ground, as an agency, we don’t think that there is a commensurate response to the things we have been doing.

“The Minister for Water Resources, Suleiman Adamu, personally wrote to each of the governors in Nigeria, and the Minister of the Federal Capital Territory (FCT), Mohammed Bello, listing the local government areas in these states that are likely to be affected.

“I doubt if anything was done. What we often see is the fire brigade approach. Like what happened in Jalingo,  Taraba State governor Darius   Ishaku was here in Abuja and immediately it happened, he cut short his stay in Abuja and ran back to Taraba.

“I doubt if anything was done prior to that and that is the same thing with other states. You then ask what they did after the prediction was released and they were informed. It is most likely that nothing was done.

“So, let us be prepared. Let the state governments be prepared in the event that we have heavy rainfall in the country. The rain in Lagos was about five and half hours while that of Jalingo was about four hours.”

He explained that there is the possibility that the rains will cease earlier than predicted this year, but was quick to add that as a result of the late commencement and likely early cessation, the level of flood in the country may be higher within the year.

Nze added:  “Rainfall is a major causative agent of flooding. Due to climate change variability, there has been delayed onset of the rainy season and there might be early cessation according to the NIMET forecast, leaving us with few months of the rainy season.

“Therefore, the rainfall that is supposed to spread across about six months will now be concentrated within a fewer number of months. If such happens as it is already happening, that will translate to heavy flooding.

“That is, the rainfall that is supposed to occur between five and six months now occurring within three or four months. The capacity to carry it will not be there and will therefore give rise to overland flow which is flooding”.

Nze said the fact that about 70 percent of NIHSA’s predictions often come to pass is a clear indication that actions were not taken by the relevant authorities.

He said “In our predictions, we said Jalingo will be flooded and on the 10th of July, Jalingo was overwhelmed and our forecast came true. So our forecasts have been attaining over 70 accuracies.

“There is nothing bad if a student over prepare for an exam. So, if we say 302, let the state governments prepare as if it will happen 100 percent and then you will be on the safer side.

“As early as April this year, flooding had already commenced. It happened at Onitsha in Anambra State with heavy devastation and as we progressed into the year, the Southern part began experiencing heavy flooding.

“By the month of June, some states were already experiencing flooding, but the peak was   this month of July with so many parts of Lagos being flooded especially areas like Mushin, Marina, Lekki, and several others.

It also happened in Akure in Ondo State. A few days ago, Keffi, in Nasarawa State was submerged.”

NIHSA had in its Annual Flood Outflow for 2021 released by the Minister of Water Resources,  said that 121 local governments in 27 states would experience heavy flooding this year.