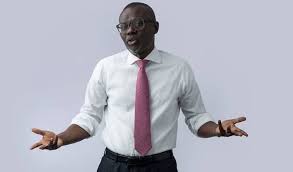 Lagos State Governor, Babajide Sanwo-Olu has said the administration of the Peoples Democratic Party (PDP) didn’t give the state government the right of way for the construction of the light rail.

He disclosed this at the Lagos House during an interview on Sunday Politics, a political programme which aired on Channels Television on Sunday.

“Lagos was not with the Federal Government at that time so the PDP government never gave Lagos the right of way from the red line now which is from Oyingbo, Ebute Metta all the way to Agbado which was where we all grew up, that rail corridor,” he said.

“When I was in BRF’s government, we never actually started red line then. It was the blue line that we started in 2010. If we step back then, you remember we have always had that rail corridor.

“So the Federal Government never gave us that opportunity to be able to do the red line then. So it is just now that we are doing the red line.”

He recalled that during the electioneering campaign in 2019, citizens of Lagos had always wanted the state government to solve the issue of transportation.

The governor explained that despite the huge capital involved, his administration decided to seek funds to deliver rail, waterways and road transportation.

On the state government’s decision to improve the transport sector, Sanwo-Olu said the move would enhance the economic value of the masses and improve the quality of lives.

“People can pretty much determine their travel time, journey time and have it all set up. We should see the rail movement by the last quarter of next year.

“Once we are able to get the rail movement, the only thing that will probably remain will ensure that civilisation, security components are all proper and we have certified all of the security safety issues that are required.”