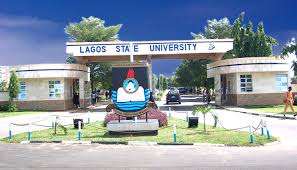 The Lagos State Governor, Governor Babajide Sanwo-Olu, has given a matching order to the Lagos state university to halt the current process of appointing or rather selecting the next vice-chancellor for the state tertiary institution,

This instruction was given and signed by the chief press secretary to the governor, Mr. Gboyega Akosile, the governor further directed that a fresh process should be initiated and to be terminated within 45 days, and he ordered the process to commence immediately.

The decision to terminate the ongoing process came as a result of series of petitions against the selection process and he said, after thorough engagement with various stake holder’s and investigations carried out pointed to the fact the process do not meet the required standard.

The governor, said he was not satisfied with the process after various petitions came in, and he ordered the outgoing Vice chancellor, Prof Olanrewaju Fagbohun to convene without delay an emergency senate meeting of the school and report back to him on the resolution of the senate.

The meeting as directed by the governor is to appoint one of the deputy vice-chancellor who is not party to the cancelled process to act in acting capacity till a substantial Vice- Chancellor will be appointed, when the tenure of the present VC expires on the 11th Jan 2021.

This process will produced the ninth vice chancellor of the institution since it was established in 1983,  Prof Olanrewaju Fagbohun, tenure ends 11 Jan 2021. The governor also directed that, a pro tem chairman to superintend the conduct of the election of an acting vice- chancellor to be should be appointed at the senate emergency meeting.