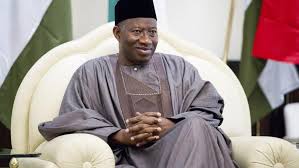 Movement for the Actualisation of the Sovereign State of Biafra (MASSOB) has condemned the moves in some quarters calling on the former president Goodluck Jonathan to contest the 2023 presidential election under All Progressive Congress APC.

In a statement by its leader, Uchenna Madu, the group said such move will further sold a political discord among the people of the old Eastern Region, hence, the group urge Goodluck Jonather not to ascend to their evil acts.

MASSOB stated: “The Sultan of Sokoto, the Aso Villa cabal, the frontline emirs, the Arewa opinion leaders and Islamic gurus, both in Nigerians and overseas, are perfectly aware and systematically pushing for a Goodluck Jonathan one tenure administration. Their ultimate political aim is to frustrate the golden chance of the Igbo man or South East zone to emerge as President of Nigeria.

“The people of South East and the indigenous Igbo in South South region have always supported the Ijaw mostly on the presidency of Goodluck Jonathan during his political travails in the hands of Arewa leaders.”

The group also called on those that are nursing the ambition of contesting the presidency to bury such plains, as the south east is favored in 2023 as regards the gentle agreement of rotational presidency.

They particularly asked Senator Bola Tinubu, governor  Yahaya Bello of Kogi State to bury their presidential ambitions in 2023, insisting that the south east zone will produce  the next president.

“It is not about sentiment or selfishness to support the South East zone; it is the turn of South East zone to produce the next president of Nigeria, according to the zoning arrangement.”

The interim chairman of the ruling party has debunked the news making around that the party has concluded plains to field former president Goodluck jonathan comes 2023, presidential race.

The chairman interim committee  Governor Mai Mala Buni of Yobe State, made this known when he appear on BBC Hausa, he said does peddling such rumors should desist from it.

“Even if someone wants to base assumption on our recent visit to him (Jonathan) during his birthday, we were there because of his position as a former President of Nigeria.

“Again, when we are talking of peaceful coexistence, we must give credit to former President Jonathan on the issue of peace. How he accepted defeat in 2015 and resigned to fate. That has qualified him as a statesman and he is now among our fathers,” he said.