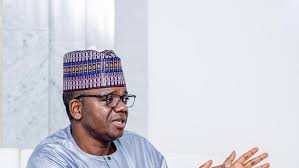 The governor of zamfara state north west Nigeria, has ordered the immediate suspension of some district and village heads in Maradun emirate.

Report has it that some Fulanis were killed on Thursday in the domians of the affected heads and leaders.

The order to suspend them was given during a security meeting with some traditional rulers, heads of security agency in the area, religious leaders and some journalist, the meeting was held at the government house.

The governor directed him to “suspend the traditional rulers in which these acts took place and initiate ways to identify and bring the perpetrators of the act of the authorities within the next three days or face the consequence himself.”