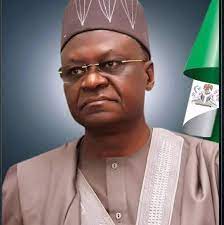 The Minister of State for Foreign Affairs, Zubairu Dada, has assured Nigerians abroad that Diaspora voting may be realised soon.

He said Nigerians abroad are part of the county and as such should be allowed to exercise their franchise.

The minister disclosed that the Independent National Electoral Commission and the National Assembly were currently working to make this materialise.

Dada spoke during the Diaspora Quarterly lecture series of the Nigerians in Diaspora Commission which was monitored online by our correspondent on Saturday.

The minister expressed the hope that participating in elections by Nigerians in Diaspora would soon be a reality as done in other climes.

He said, “NIDCOM is working closely with relevant committees of the National Assembly and relevant stakeholders, particularly INEC, to allow those in the Diaspora to vote in Nigeria and I remain very optimistic that in no distance future, we should be able to allow the participation of people in the Diaspora in our national elections as obtained in other climes.

“INEC and the National Assembly are working to fashion out ways to actualise disporian voting in Nigeria.”

He added that efforts are ongoing to establish an investment fund.

He also said plans were ongoing to capture the data of Nigerians in Diaspora, saying that the success of the exercise depends on the level of cooperation.

Also speaking, the Minister of Interior, Rauf Aregbesola, said the COVID-19 pandemic affected the issuance of passports in the country.

He said the government had launched the electronic temporary passport to ease the burden on Nigerians.

Aregbesola said Nigeria Immigration Service was working to ensure all outstanding passport applications are issued by May 31, adding that as from June 1, passports in the country would be issued within six weeks.

He said, “The Nigerian Immigration Service also had their fair share of the pandemic which affected passport issuance.