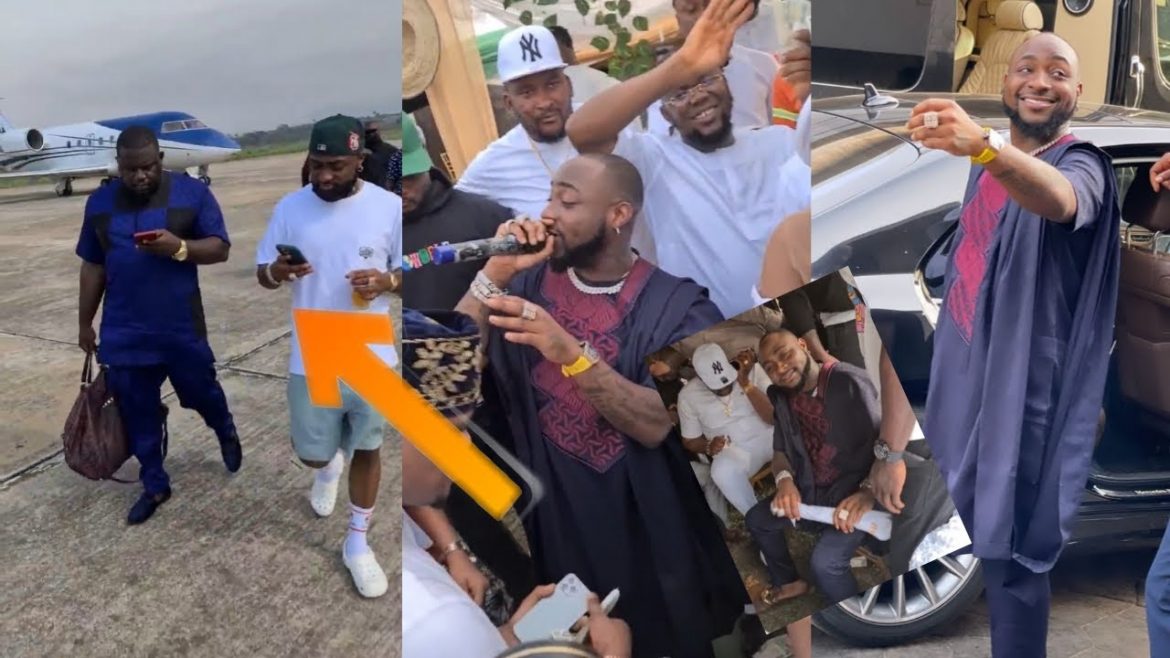 Dbanj, Kanayo. O. Kanayo, Alex Ekubo, E-Money and many other influential Nigerians were also among the guests at the much talked about burial.

Several celebrities, businesspeople, including Nigerian popular socialite and Forbes rated entrepreneur, Sir Uyi Ogbebor and many politicians turned out in large number for the funeral.

The burial became a special topic among Nigerians as viral videos showed a lavish display of wealth in Oba, Anambra State, on Friday as Obi Cubana, buried his mother in grand style.

In a viral video, one of his associates, Cubana Chief Priest, gave him 46 cows in addition to several gifts showcased online.

Uyi Ogbebor was also seen in a viral video packing loads of Naira notes into a bag, awaiting the proper commencement of the event.

Obi Cubana was said to have got over N200m from friends and associates in a viral list shared on social media which we could not confirm.

The nightclub boss also purchased a diamond chain with his late mother’s face engraved on it reportedly worth $100,000.

The funeral rites started on Thursday, July 15, 2021, with a service of songs and Christian wake, followed by the burial and reception the next day at St Paul’s Anglican Church, Oba Anambra.

In one of the videos that went viral, guests were seen throwing wads of cash at each other, in the air.

Kanayo O. Kanayo also took to his Instagram page displaying bundles of N500 notes planned to spend at the party.

In what seemed like a bid to outdo one another at the burial, several guests sprayed Obi Cubana with 200, 500 and 1,000 naira notes.

The burial ceremony turned into a concert on Friday night as Davido performed his hit song ‘Fem’ to a huge crowd, alongside Kcee.