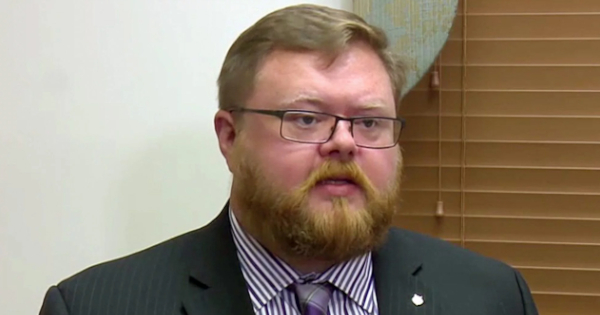 The New Jersey Supreme Court rendered a controversial judgment this morning, allowing a man from Trenton to legally marry his dead mother.

In a split 4-3 decision, the State Supreme Court ruled in favor of 49-year old Francis Murphy, allowing his request to be engaged to deceased mother.

Mr. Murphy and his mother, Dolores Smith, formed a couple for seven years and were planning to get married and have children when she died from a heart attack four days before the ceremony in 2013.

The grieving man has been fighting for years for the right to become legally engaged to her despite her demise in order to be allowed to use her eggs preserved frozen in a fertility clinic to have a child.

Mr. Murphy was extremely happy with the judgment, saying he had to face a lot of discrimination concerning love between consenting adult relatives.

“The state of New Jersey is full of narrow-minded stuck up bureaucrats. No matter how long I explained, it always came back to the fact that I couldn’t marry her because she was my mother, and that she was dead. I had to prove them wrong!”

The 49-year old man hopes the court’s decision will allow other people facing similar situations to “stand up to discrimination and fight for their rights”.

“Same-sex marriage is already allowed, no I just lifted another discriminatory barrier concerning marriage with relatives or dead loved ones. It’s a great day for New Jersey and the U.S.”

The judgment has stirred a lot of reaction on social media as well as from various organizations.

Some LGBT and Civic Rights organizations have saluted the court’s decision while others have dissociated themselves from Mr. Murphy and his cause.

Several religious and conservative organizations have expressed outrage or disgust, saying the decision “attacked the sacredness of marriage”.

The judgment has drawn a lot of violent reactions and Mr. Murphy has even been placed under police protection after receiving death threats.

Most experts believe that this judgment is very specific and won’t really affect the marriage law in New Jersey or elsewhere in the U.S.