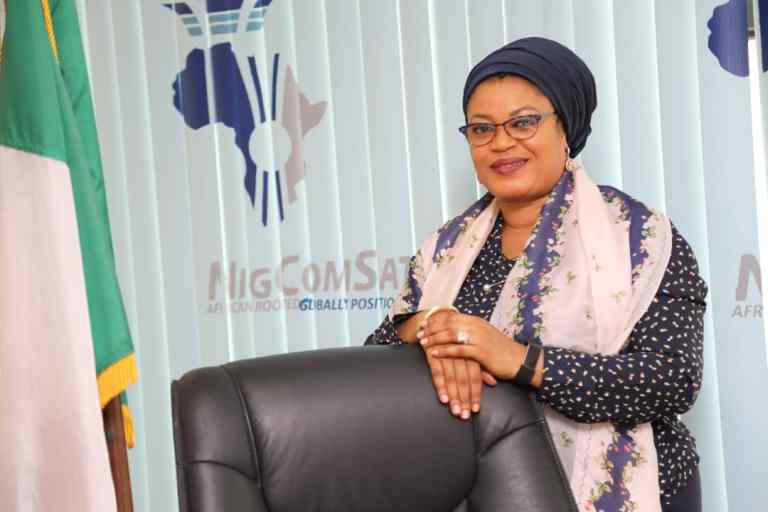 The Nigerian Communications Satellite (NIGCOMSAT) Ltd, has been re-positioned to boost telecommunications industry with the clearance and use of its C-Band for the deployment of 5G in the country.

NIGCOMSAT’s Managing Director, Dr Abimbola Alale, made the disclosure while speaking with the News Agency of Nigeria (NAN) on Tuesday in Abuja.

She stated that a Memorandum of Understanding (MoU) was signed between NIGCOMSAT Ltd and the Nigeria Communications Commission for the clearance and use of C-Band frequency for the deployment of 5G in the country.

Alale stated that C-band spectrum was considered suitable and appropriate for immediate deployment of 5G services.

According to her, it is taking into consideration availability of the device’s ecosystem with 60-70 per cent of global commercial 5G network deployment currently on the C-band spectrum.

“Beyond the commonplace ceremony that accompanied the event, the MoU is a development that will open up vistas of growth in the telecommunications industry.

”Concomitantly, it also holds the potential to stimulate the country’s economy even as it signposts the capacity of NIGCOMSAT LTD to contribute to the Nigerian developing a digital ecosystem,” Alale said.

She said NIGCOMSAT also gained another milestone when it entered into partnership with Thales Alenia Space and ASCENA (Agency for Aerial Safety and Navigation in Africa) to demonstrate the viability of NigComSat-1R L-Band payload.

According to her, the cooperation has since proven its effectiveness to aid aviation safety in Senegal and Togo.

Alale said there was a Satellite-Based Augmentation System (SBAS) broadcast signal over Africa and the Indian Ocean in Sept.2020.

Alale said so far, about 70 per cent of the transponders on NigComSat-1R had been utilised for different kinds of services, ranging from satellite broadband to drive activities of the banking sector, health sector, education sector, agric sector, oil and gas sector.

She said other sectors included the maritime sector, direct-to-home services, back hauling services, communication on the move and navigational services.

The Managing Director said the Telco Press operating in Burkina Faso and Cote de Ivoire were major customers on NigComSat-1R including some private television who sought anonymity.

”The Nigerian Television Authority has been operating on NigComSat-1R too.

”NigComSat-1R has also been used to support some of the activities of the digitisation agenda of the Federal Ministry of Communications and Digital Economy.

“Some of the activities include training of six hundred youths across the country on V-SAT installation to close the digital skills gap, the National Broadband Plan (2020-2025) and the National Digital Economy Policy and Strategy (2020-2030),” Alale said.

She said NIGCOMSAT Ltd had contributed immensely to broadband penetration target in line with the government expectations in the National Digital Economy Policy and Strategy (NDEPS), 2010-2030 and in other aspects.

”A strong legal framework should be in place to further promote and support the activities of NIGCOMSAT Ltd.

”There is need to encourage MDAs and the private sector to patronise NIGCOMSAT’s products and services against portfolio investments from outside the country who deplete the hard earned foreign reserved.

”A regulatory framework will effectively drive the coverage of rural, unserved, and underserved areas of the country through the accomplishments of lofty targets as contained especially in the Nigerian National Broadband Plan (NNBP), 2020-2025,” Alale said.

It operates and manages NigComSat -1R. NIGCOMSAT-1R, a geostationary communications satellite launched into orbital slot of 42.5 East degree on Dec. 19, 2011.