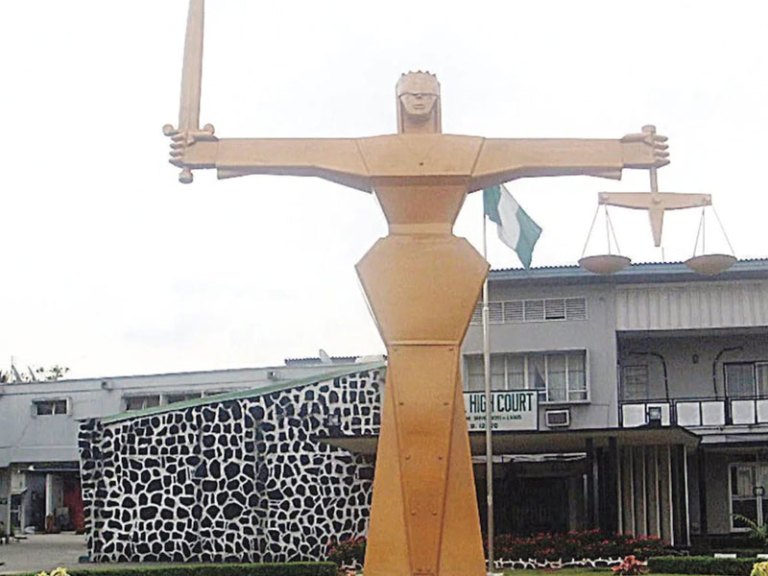 A Federal High Court in the Nigerian capital, Abuja, on Monday, ordered the Federal Government to pay $951 million to the Bayelsa State Government.

The amount is the 13 per cent derivative sum due as arrears of revenue and payable to the Bayelsa government.

Justice Inyang Ekwo, who delivered the judgement, held that the Attorney-General of the Federation (AGF), the sole defendant in the case, failed to enter his defence in the suit.

Justice Ekwo ruled that the development made the court to declare the plaintiff’s case “unchanged.”

The News Agency of Nigeria reports that Ken Njemanze filed the suit on behalf of the Bayelsa government.

The plaintiff, in the suit marked: FHC/ABJ/CS/175/2012 and filed on Feb. 12, urged the court to compel the AGF to pay five per cent of $50 billion recovered as additional revenue that accrued to the Nigerian government.

The judge noted that where a person issues a letter of demand on another person upon outstanding facts, the person for whom the demand notice was issued must take steps to react to same.

“Where the person to whom such demand notice is issued takes no steps, he is deemed to have admitted the claims thereby giving the other person the option of enforcing the claims by the available procedures for enforcement of undisputed claims.

“That is what has happened in this case,” the judge held.

He said the defendant (AGF) had admitted the claims of the Bayelsa government in the process the former filed in reaction to the suit.

“I find no material upon which I can grant leave of this court for the defendant to enter a defence or transfer this matter to the general cause list.

“In that case, I also find that the case of the plaintiff remains not only challenged but admitted and therefore must succeed on the merit.

“Judgement is hereby entered on the claims of the plaintiff in this case. This is the order of this court,” the judge declared.

NAN reports that the Akwa Ibom, Bayelsa and Rivers governments sued the AGF at the Supreme Court, demanding an upward adjustment of the shares of revenues accruing to the Nigerian government whenever the price of crude oil exceeds $20 per barrel.

In the apex court verdict delivered in October 2018, John Okoro, ordered the Nigerian government to embark on an upward adjustment of the shares of revenues accruing to the government whenever the price of crude oil exceeds $20 per barrel.

The three oil states in the Niger Delta; Rivers, Bayelsa and Akwa-Ibom, had approached the Supreme Court for interpretation of Section 16(1) of the Deep Offshore and Inland Basin Production Sharing Contract Act in suit number SC964/2016 filed on their behalf by their lead Counsel, Lucius Nwosu, SAN.

The particular section requires the Federal Government to adjust the shares of the revenue accruable to the federation, whenever the price of crude oil exceeds $20 per barrel.

According to the Bayelsa government, the money had accrued from 2003 to 2017.