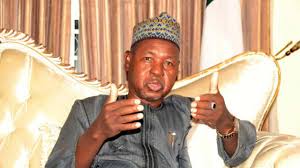 Governor Aminu Masari of Katsina State says Nigeria has become economically attractive to kidnappers and bandits within the Sahel region of the continent.

The governor made his deposition known on Wednesday when he played host to Channels Television’s Politics Today, he opposed the notion of granting the bandits amnesty, according to him, he said the idea will be a stimulus to the miscreants and it will further encourage them to continue in the dastardly act.

However, the governor said since the coming into power of All Progressives Congress (APC), that the security situation in the country has improved tremendously.

“When we started in 2015 in the North-West, it was cattle-rustling. Gradually, it now developed into banditry, rape, kidnappings. When all that they (bandits) can steal from the villagers along the fringes finished, they moved to the rustling of goats, sheep, and even chicken.

“What we should do and what the government should do now is (about) high-profile kidnapping. In my state, they kidnapped four relatives of very senior government officials. When they cannot get anything to sustain themselves, they resort to high-profile kidnappings for money in cities and towns. That is the danger, that is something we must work hard to stop,” the governor opined.

The governor also gave his assertion on the intervention of Sheikh Ahmad Gumi on the banditry activities in the northwest. He was quick to asked the background knowledge of Gumi in security issues

Speaking further on why he does not support Sheikh Gumi’s intervention, Masari said the cleric did not go about it the right way.