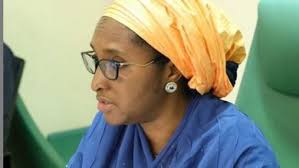 Nigeria’s Minister of Finance, Budget and National Planning, Mrs. Zainab Ahmed, on Thursday disclosed that a case study has revealed that N1.8 trillion (about $4.4bn) worth of used vehicles were imported into the country between October, 2018 and September, 2019.

The minister revealed that Nigeria was the hub of stolen as the Vehicle Identification Number (VIM) of vehicles in the country were usually unregistered, hence automobiles within the shores of Nigeria cannot be traced.

Since her ministry is saddled with the responsibility of managing the nation’s finances and revenue streams, Ahmed stated that in the midst of dwindling revenue orchestrated by falling oil prices, a mono-economy further worsened by revenue leakages from unplugged loopholes such as Customs duty payment evasion, it became imperative that the government be responsive to these issues.

Consequently, she stated that in line with the Strategic Revenue Growth Initiative, the ministry conceived and launched the VREG automated gateway portal, as a means of leveraging technology infrastructure to maximise revenue generation for Nigeria as well as to enhance national security. These she listed to include curtailing kidnapping, utilisation of vehicles in crime perpetration and terrorism.

VREG, she stated, is a national repository of vehicular information which seeks to provide a singular platform through which all relevant agencies shall reference vehicular data with a view to ascertaining ownership and value information, capturing vehicular exchanges and utilising the Vehicle Identification Number (VIN) of all vehicles in Nigeria.

She noted that additional value was also accruable to the federal government, states and related agencies through the policy.

The minister stated: “For the records, the National Bureau of Statistics confirmed that between 2015 and 2019, Nigeria imported an average of 300,000 vehicles with an average of 48 per cent increase in import annually. While an additional 45 per cent of vehicles are smuggled into the country annually, thus evading duty payment of which 40 per cent of these vehicles are stolen vehicles.

“A case study also revealed that between October, 2018 to September, 2019 the country recorded over N1.8 trillion value of used vehicle importation. It was further revealed that Nigeria was the hub of stolen vehicles as Vehicle Identification Number (VIM) of vehicles in the country were usually unregistered, consequently, vehicles within the shores of Nigeria cannot be traced.”

The minister added that the VREG system would, among others, serve as a single source of validation at the point of vehicle registration while capturing and storing all vehicular information over the life cycle of every vehicle for the purpose of effective motor vehicle administration, ensuring the enforceability of penalties placed on vehicles by regulators across board and ensuring accurate monitoring, documentation and tracking of vehicular activities across the nation, to enhance National Security.

The VREG, she stressed, is powered by interconnected interactions of key agencies, parties, and stakeholders.

“These communication and connection channels facilitate the robust functionalities of the national vehicle registry. The stakeholder relationships that will facilitate the achievement of the goals of VREG include: Interchange of information with the Federal Road Safety Corps (FRSC) and state revenue systems on nationwide vehicle registration, ownership, history, and for proper road traffic regulation and violation enforcement,” she said.

The minister added that the stakeholder relationships also include providing the Nigerian Customs with guidance in all clearing, duties, registration and redistribution of vehicle, targeted at ensuring that all vehicles are trackable and taxable.

She announced that the pilot phase of VREG has commenced at the Nigeria Customs Service (NCS) Kirikiri Light Terminal.