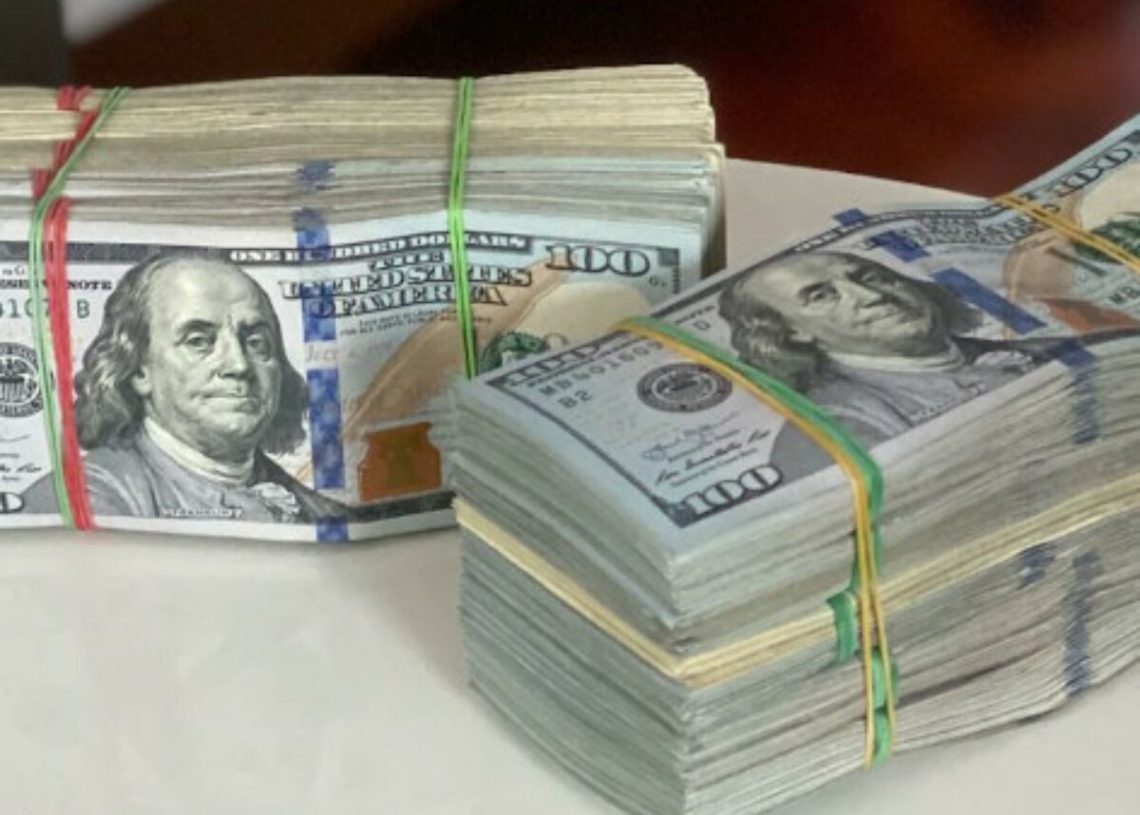 Members of the Manufacturers Association of Nigeria (MAN) have strongly supported last week’s decision by the Central Bank of Nigeria (CBN) to discontinue with the weekly sale of the United States dollars to Bureau De Change (BDC) operators.

This is just as members of the Organised Private Sector (OPS) have advised the Central Bank of Nigeria (CBN) to go beyond its action on the currency dealers and work towards unifying the foreign exchange (FX) windows in the country in order to checkmate round-tripping and other malpractices.

Also, the CBN Governor, Mr. Godwin Emefiele has explained that it was not only the apex bank that was disturbed by the infractions being perpetrated by the BDCs prior to the apex bank’s hammer, saying the political leadership in the country had also expressed concern about the activities of the currency dealers.

However, despite concerns that the naira may depreciate heavily against the dollar on the parallel market after the central bank’s action, the nation’s currency maintained its rally on Friday as it closed at N515 to a dollar, stronger than the N520 to a dollar it was the previous day.

MAN in a statement titled: “MAN’s Perspective on the CBN New Policy on Forex Allocation to BDCs,” signed by its Director General, Mr. Segun Ajayi-Kadir, stated that the directive of the CBN on the BDCs corroborated with its view and may help address the maladroit (sic) activities of operators in the BDC market.

“However, much of the efficiency and effectiveness of the new guidelines will be determined by how determined the CBN and commercial banks will be to ensure that FX gets to genuine users.

“For instance, with the new policy, manufacturers will depend solely on the interbank market for their FX needs. We hope the banks will provide a seamless process and timely execution of foreign exchange applications by manufacturers,” the association added.

Ajayi-Kadir also noted that MAN had made various submissions on the need for the CBN to collapse various FX windows into a single official foreign window.

“We believe that a single FX window will eliminate the excesses of middlemen, save the value of the naira and allow for available FX to be allocated productively using the official banking protocols,” he added.

MAN further argued that a major challenge with FX allocation to the BDC segment, “is that the operators always lacked the ability and the will to continuously adhere to set guidelines. Most times their operations drift into round tripping and other financial incongruities that negate the overall objective of creating the BDC foreign exchange market.

“The end result was always the escalation of the premium of foreign exchange in BDC compared to the official window and further depreciation of the naira.”

Emefiele, in responding to a question on the matter said the political authorities had engaged the central bank on the infractions going on in that segment of the market in the past.

“This is an issue even the political authorities had engaged the central bank on and we tried our best to defend the BDCs. Put bluntly, even our leaders who constitute the political authorities have raised concerns about the modus operandi of BDCs in Nigeria. We did our best to defend them, but at this stage, we cannot continue.

According to the CBN Governor, apart from monetary and price stability, the central bank also has a responsibility to maintain the reserves and exchange rate of the country.

“So, it is our primary role ascribed to us by law that we should do what we need to do. They were countries whose central bank was selling forex to BDCs in the past and at some point they dropped the idea.

“But we have as a result of request and pressure continued to do this and we have done this to see that we create business for those who operate in this market. And we believed that as long as they continue to do this, not only for their benefit, but for the benefit of the economy,” he added.

Also, the OPS were optimistic that the new policy direction by the CBN might be beneficiary to the economy in the long run, saying no central bank in the world sells FX directly to the BDC except in Nigeria.

They, however, observed that channeling the supply of foreign exchange through the commercial banks without addressing its supply side might unintentionally trigger a boom in the black market for foreign exchange.

Members of the Nigeria Employers’ Consultative Association ((NECA) told THISDAY that banning FX allocation directly to the BDCs and channeling same to the commercial banks without addressing the supply side of the market would not be enough.

The Director General of the NECA, Mr. Timothy Olawale, enjoined the CBN to, “develop strategies in addressing the exchange market by reviewing the fixed market regime and allow the market to find its balance, as fixed market regime is disincentive to inflow of foreign exchange and diaspora remittances.

Speaking in the same vein, the Director General of the Nigerian Association of Chambers of Commerce, Industry, Mines, and Agriculture (NACCIMA), Mr. Ayo Olukanni, told THISDAY that the association understood the need for the CBN to take urgent measures to ensure the legitimate use of FX and prevent wholesale and illegal use, but, however, “sees this directive as a latest in the long list of actions by the CBN to ensure absolute control of the Nigerian foreign exchange market, in terms of who buys, who sells and for what purpose.