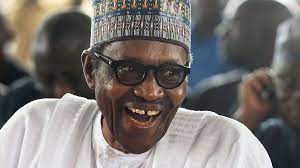 Reactions have continued to trail the recent publication by the Chandler Good Government Index CGGI, rating Nigeria as the third worst governed country in the world.

CGGI, a group that monitors governance index across the globe, had a few days ago released the 2021 list of 104 countries with good governance.

Finland, with an index score of 0.848, ranked first on the CGGI list. Switzerland, Singapore, Netherlands, and Denmark ranked second, third, fourth and fifth on the CGGI list, respectively.

The report, however, ranked Nigeria very low in governance, leadership, and foresight, scoring the country 102 out of the 104 countries that were monitored.

Nigeria has just a score of 0.319 points, ahead of Zimbabwe and Venezuela.

The CGGI cited leadership as the basis for the ranking, stating that, “Good governance begins with good leadership”.

This is not unconnected with the numerous challenges bedevilling the country birthed by bad governance in both the federal, state and local governments.

We observes that the nation’s good image has continued to depreciate despite the claim of integrity at the Federal Level with the fight against corruption.

The current security crisis may have greatly exposed the ‘weakness’ of the governments at all levels.

Recall that aside police brutality which stimulated call for the disbandment of the Special Anti-Rubbery Squad, SARS, by Nigerian youths in 2020, one of the key factors that triggered the protest was bad governance.

The youths who were angered by lack of employment opportunity, abject poverty and lack of political will to address issues in the education sector, took to the streets, protesting bad governance with the Hashtag – EndSARS.

Unfortunately, a good number of youths lost their lives in the struggle for better governance.

The shocking incident at the Lekki Toll Gate in Lagos State on the night of October 20, 2020, when the Nigerian army opened fire on armless youths still remains fresh in the minds of the citizens.

According to Amnesty International, no fewer than 12 protesters were killed during the shooting.

Bad governance has always characterised the Nigerian Government despite efforts by several administrations to eradicate corruption from the system.

Some concerned Nigerians spoke with to our correspondent on the CGGI report.

One of the 2020 EndSARS protesters, Mr James Adedeji said the youths foresaw the poor rating, saying the Nigerian Government has killed the image of the country.

“Corruption has eaten so deep into the system such that nothing can be done to change it. It has become part of us and that is why we don’t progress.

“Corruption has proven to be an incurable and highly contagious disease in the country as even those fighting it, sometimes get infected.

“You still remember how Ibrahim Magu was arrested last year for alleged involvement in corruption. A corruption fighter was even the most corrupt.

“If someone who claimed to be fighting crime, happens to be a criminal himself, then I think we have lost it woefully”.

An On-Air Personality in one of the leading radio stations in the Federal Capital Territory who identified himself as T. Master, said it is a shame for Nigeria to be rated the second-worst governed country in Africa.

“The giant of Africa is the second-worst governed country in the continent. What a shame?

“We are always taking first from behind. I can’t remember when last Nigeria is rated first, second or third for anything good. It’s all negative, yet our leaders won’t see anything wrong.

“They came in with the promise to eradicate corruption, but their administration is even more corrupt. Bad eggs always have their ways into every regime.

“If Nigeria exists till 2023, we shall give it another try, but we can only be better, we can’t be Finland.

Also, Mr Micheal Alom who spoke to our correspondent from Makurdi, the Benue State capital, said he was shocked to see Nigeria as the third-worst country, stressing that the country was expected to be number one.

He said, “I am still doubting the CGGI report. Nigeria is the worst governed country in the world. Don’t tell me it is number three. So which country is number one and two?

“You can’t tell me that Zimbabwe and Venezuela are not better than Nigeria. They are far ahead of us in terms of governance.

“We asked for change but unknown to us, we were heading to the worst. Nigeria has never been like this before.

“Everything about Nigeria is bad. I think we should investigate the meaning of the name ‘Nigeria’ because your destiny can’t be better than what you are called.

“Look, Finland is the best-governed country globally. Recently, the country still maintained first position on happiest countries in the world.