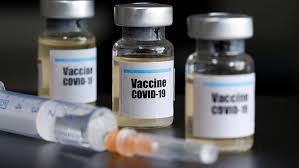 A total of 1,867 new cases were confirmed in 23 states and the federal capital territory, according to the update by the Nigeria Centre for Disease Control (NCDC) for January 15, 2021.

The new figure is the country’s highest number of new positive samples confirmed within a 24-hour period.

Before Friday, the highest number was 1,664 new cases recorded on January 6 — as of this date, the total number of infections stood at 94,369.

Meanwhile, as the country battles the recent spike in new cases amid a second wave of COVID infections, between January 6 and January 15, almost 13,000 samples have been confirmed positive for the coronavirus.

Borno, Zamfara, and Jigawa had the least figure of new cases with six, two, and one positive sample, respectively.

However, 705 new recoveries were recorded, while eight persons were confirmed to have died of COVID-19 complications on Friday — the new recoveries included 277 patients from Lagos, 150 in Kaduna, and 78 in Plateau.