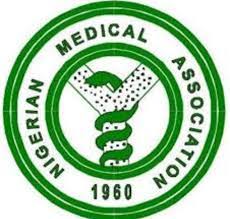 Doctors in Nigeria said they have recorded about 70 per cent success in kidney transplant even as they decry the high cost of organ transplantation in the country.

The doctors under the aegis of Nigeria Medical Association (NMA) said the improved success rate was made possible with an increase in the number of hospitals equipped to carry out kidney transplantation in the country, unlike in previous years.

NMA stated this during its Annual General Meeting (AGM)/Scientific Conference held in Awka, the Anambra State capital with the themed: “Tissues and organ donation: Scope, prospects and ethical challenges.”

NMA Chairman for Abia State, Dr. Chimezie Okwuonu, who was keynote speaker at the event, told newsmen that the country’s 70 percent success rate in kidney transplant has gone on  for one year.

He, however, decried the high cost of organ transplantation, saying many Nigerians experiencing renal failure die because they cannot afford the transplant fee.

Okwuonu,however, condemned ongoing trend where Nigerian youths donate their organs for quick financial returns, calling for an end to such an act.

“This financial remuneration is unethical and what we preached here today is altruistic donation,” he said.

Okwuonu commended the Lagos State government for passing a bill for extraction of organs from deceased persons and persons on the verge of death, noting that such bill would discourage youths who seek to make brisk  business from organ sales.

Anambra Governor, Willie Obiano, represented by Commissioner for Health, Dr. Vincent Okpala, said his administration was working hard to make Anambra a medical tourism destination where people could treat serious health issues such as cancer and other ailments.

The governor debunked claims by a group that health centres in the state were dilapidated and poorly equipped, saying about 330 health centres had keyed into the state’s basic healthcare provision fund.