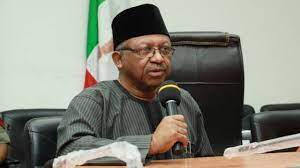 Nigeria’s federal government Thursday explained that the production of the first local vaccine for Covid-19 is threatened by its inability to raise the $1.5 million cost of the clinical trial.

Minister of Health, Dr. Osagie Ehanire, said at the ministerial press briefing organised by the Presidential Communication Team in Abuja that a Nigerian researcher had developed a COVID-19 vaccine with a high probability to succeed but no fund yet for the clinical trial.

According to him, the federal government may look for sponsors who would recoup their investment when the vaccine is successful so that all the stages of the trial can be fulfilled.

He said: “There is no personal interest in this. There are at least two, perhaps even three, Nigerian laboratories that have developed what you call vaccine candidates.

“In fact, yesterday, we also talked to a fourth Nigerian laboratory, based in Maryland, USA. He has also produced his own vaccine candidate. A vaccine candidate means that you have already been able to get the antigen, you have produced something that will work.

“One of our researchers here, who has produced such a candidate, I asked him, how much do you think you’ll need to go through these clinical trials; phase one, phase two, phase three? At least $1.5 million. That’s a lot. Do we have that now to test a vaccine?

“Well, we say we look for sources where we can get the sponsors because the sponsorship is what you need. What some people do is that they invest in it and then once you produce the vaccine, it’s successful, they buy it and that means you are done. But if it turns out not to have worked, your money is gone.

“It’s hard to find a way to sponsor these clinical trials because they are expensive and they have a very good chance of being successful. But some of them also have a good chance of not being able to see strong enough you know, the trick of efficacy. The efficacy means how well it works.

“So, we want to support our own vaccine and do the necessary to make sure they come out. But we are looking for the funds to support and also the necessary technical and whatever other backings that are required to get them to a level where they can… not only shall we be proud, it will be cheaper for us, we can be able to export also.

“So, we are looking at that, we’re looking for it and that’s in fact our preference. We know that those who are producing a vaccine now, we are at their mercy and I’ve said before that even if you have money now, you may not even get your vaccine.”

The minister also explained the delay in getting the supplementary budget ready for the procurement of COVID-19 vaccines, saying the government wanted to get a clearer picture of the different prices of the available vaccines, before submitting a budget.

Ehanire said the budget figures were still in rough stages and would soon be done tuned.

He added: “There are different prices of the vaccines and we don’t really know exactly the one we’re getting. And we also know that the ones we’re getting from COVAX are at no cost to us. So what we’re doing is that the additional ones that we’re going to get will take care of 50 million Nigerians. COVAX will take care of 20 million, they are even offering to take care of more than that, maybe up to 30 million.

“The prices vary, some vaccines are in the neighbourhood of $20 or $30, others are $5 or $6. So to really make a budget, we are working on a rough sketch, some money have been earmarked. But Mr. President has also announced that there will be a supplementary budget. But we want to get a clearer picture first, before you actually submit a budget.

“So, we only have rough figures and as soon as those figures are there we can continue. We are also looking for perhaps, as I said, if we have to make the payments, we can find some money to do that. But when that budget time comes, we need some precise information.”

Asked for a particular figure for the vaccine budget, Ehanire said: “Well, I can’t disclose any figure to you now because is not something we can immediately put out because as I said before, the prices are different.

“We are looking at Johnson and Johnson now, but if for example, we are to get more AstraZeneca vaccine, there is a steep difference between the two. And then again, if they are going to give you the Pfizer vaccine, Pfizer was on the original list of COVAX and that is different. So we’re not really going to go public but very soon we will once we have all the figures.”