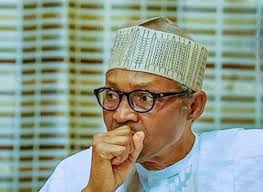 According to him, since neighbouring countries, have now learnt their lessons with the border closure, there is a need to review the decision.

But the president, who spoke at a meeting with governors of the 36 states of the federation, which held behind closed doors in the State House, Abuja did not give a definite time on when the land borders will be reopened.

“Now that the message has sunk in with our neighbours, we are looking into reopening the borders as soon as possible,” he said.

A statement by a presidential spokesman, Malam Garba Shehu, said the president tasked the governors to work closely with traditional rulers and community members with a view to improving local intelligence gathering and complimenting the work of security agencies.

The statement, which also said the president listened to presentations from governors from each of the six geo-political zones of the country on the peculiar security challenges confronting their zones added that in the past, communities identified strange faces and passed information to constituted authority.

The president restated that the West African sub-region is not as safe as a result of the earlier movements of arms across the borders following the death of the former President of Libya, Muammar Gaddafi.

“The sub-region is no longer safe, more so with the collapse of the former Libyan leader, Muammar Gaddafi’s regime and the cross border movement of weapons and criminals.

Buhari also told the governors that the military will continue to get the support they need to fight criminals, adding that armoured cars and some equipment have been delivered to the military in recent times while training of military personnel are also ongoing and some military aircraft are being awaited.

“I am not going to the public to speak about the vehicles and equipment we have ordered. What I can say is that the military received armoured cars and other equipment and they are training the trainers. More of such equipment, including military aircraft will come in,” he stated.