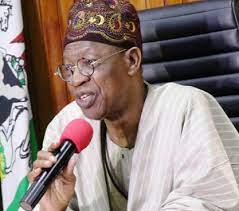 The Federal Government has advised Nigerians in the United States, the United Kingdom and European countries to beware of thieves dispossessing travellers of their belongings.

Minister of Information and Culture, Lai Mohammad gave the advice on Monday at the 5th Edition of the President Muhammadu Buhari Administration Scorecard.

“It has come to the attention of the government that Nigerian travellers to the United States and some countries in Europe are having their belongings, especially money and international passports, stolen at an increasingly high rate,” he said.

“The most recent victims of this are travelers to the UK, most of whom were dispossessed of their belongings at high-brow shops, particularly in the high street of Oxford.

“We have therefore decided to advise Nigerians travelling to Europe and the United States to take extra precautions to avoid being dispossessed of their belongings,” the minister added.

The US and the UK had in October warned of possible terror attacks in Abuja, especially at government buildings, places of worship, schools and other centres where large crowds gather. Both countries also commenced the evacuation of their citizens from the Nigerian political capital.

However, Mohammed dismissed the terror alerts, saying the government won’t be stampeded and that Nigeria is safer than in May 2015 when Buhari came into office.