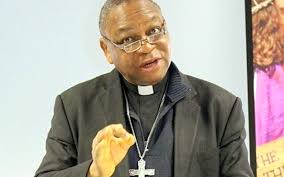 John Cardinal Onaiyekan, The Catholic Archbishop Emeritus of Abuja, has said that Nigerians will be happy to have a government that can be trusted.

Cardinal Onaiyekan, made this submissions on Channels Television’s Sunday Politics, were he lamented the lack of trust in President Muhammadu Buhari’s administration.

“We will be really happy to have a government to trust,” he said, adding that “All those who speak on behalf of the government should believe in the sacredness of the truth.

“Here, everybody needs to do an examination of conscience. I will throw the ball back, not only to President Buhari himself but all those who are with him running the affairs of this nation.”

While regretting the spate of killings in the country, Cardinal Onaiyekan said Nigerians should not be living in the country with fear.

While arguing that those in government move about with security details, the cleric explained that until the citizens move about freely without escorts, no one is safe.

“I should be able to take my car and drive to my town in Kabba without fear of being hijacked by the way.  And the fact that we are not safe is clear.

“Those of them who are high up in government know under what condition they travel around, if they ever travel by road. Until Nigerians can move around without escorts, we are not safe,” he added.