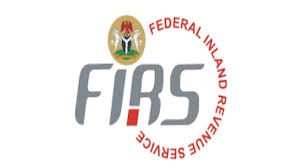 The Nigeria’s House of Representatives Committee on Public Accounts, has frowned at the alleged nonpayment of tax by an American firm, Procter and Gamble, operating in Nigeria for 3 years, 2016, 2017 and 2018.

The Committee wondered how the company however got tax clearance certificates and summoned the Director-General of the Federal Inland Revenue Service (FIRS) to explain.

The summons followed the unanimous adoption of a motion by a member, Zakaria Nyampa from Adamawa State, who explained that the committee is investigating revenue remittances of the company, based on a query raised by the Office of the Auditor General of the Federation, over dwindling revenue to the Federal Government.

He added that there is the need for the FIRS, to come and authenticate the clearance certificates in the possession of Procter and Gamble and explain reasons for the issuance.

Seconding the motion, Solomon Maren from Plateau State, stressed the need for an in-depth investigation adding that the Committee in it ruling decided to also look into the import duty documents of Procter and Gamble, as it noticed that the company imported equipment and other items worth more than 6.4 billion naira in 2017.