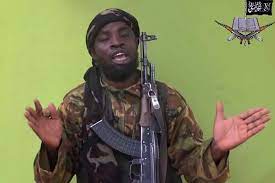 The Nigerian military says it is yet to receive information on the reported death of leader of the Boko Haram sect, Abubakar Shekau.

Shekau was reportedly killed during a face-off with fighters of the Islamic State in West Africa Province (ISWAP).

According to reports, Shekau lost his life after a fierce gun battle with ISWAP fighters – a development that has again raised reactions from various quarters.

In an interview with our correspondent, a security expert, Kabiru Adamu, said irrespective of whether he has been killed or not, ISWAP is growing in strength, making reference to the group’s operations and their activities.

But when contacted, the Director, Defence Media Operations, Brig.-Gen. Bernard Onyeuko, told one of our correspondents via a text message that he didn’t have information on that.

“Sorry, I don’t have information on that,” Brig.-Gen. Onyeuko said in the text message.