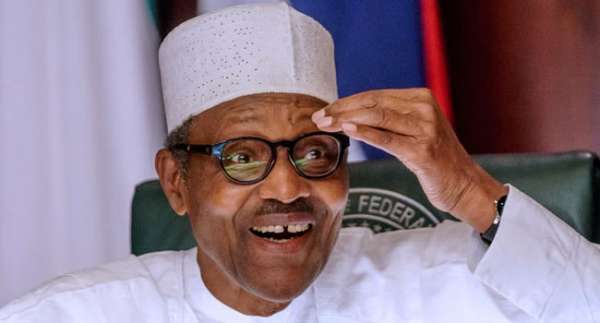 The spokesman of Northern Elders Forum, NEF, Hakeem Baba-Ahmed, has said that the North had paid the biggest price for the failure of President Muhammadu Buhari’s administration, and that the country’s salvation is neither with All Progressives Congress, APC, nor Peoples Democratic Party, PDP.

Baba-Ahmed said this on Wednesday at at a dialogue organised by an online newspaper, Ripples Nigeria, at the 2nd annual dialogue, on the theme “Rebuilding trust in a divided Nigeria: Advancing the conversation”, in Lagos.

Governor Okowa, who was the keynote speaker, expressed worry over the state of the country, noting that Nigeria was passing through perilous times.

He said: “Nigeria has never been this divided or witnessed such magnitude of mistrust of ourselves and our nation.

“Nigeria is better and stronger together, and with appropriate, visionary leadership and good governance, we can turn our diversity into a great source of strength and a springboard to build a strong multi-ethnic and multi-religious country that will be the envy of other nations.

“As 2023 approaches, leadership is key and the focus should be on electing a pan Nigerian as President; a person with the capacity and charisma to cast a vision for Nigeria and rally all Nigerians behind it.

“We need a selfless, sacrificial, sincere, broadminded, caring and capable President that will inspire hope and confidence in the country.”

He also lamented that the unending crises in the country and labour agitations further placed a wedge between the citizenry and the leadership.”

According to him, other challenges such as cybercrime, human trafficking and others derived from a general discontent with the leadership and the deplorable state of the country.

He said: “There was a time we happily sang ‘Though tribe and tongue may differ/In brotherhood we stand’. But was that reality or an aspiration?

“On the first thought, it would seem like a reality. For, at one time, Nigerians lived freely and effectuated themselves among ethnic groups other than theirs.

“Our history shows that about that same time and beyond, Nigeria generally battled with the issues of mutual distrust, suspicion, prejudice, with the various ethnic nationalities locked in battles for supremacy or minority rights.

“The early attempts to break up Nigeria derived from the above issues.”

Also speaking, Afenifere leader, Pa Adebanjo, that President Buhari has all the wrong people in his cabinet.

Adebanjo said: “The thing that will save Nigeria is to change the constitution. Anything outside that, there is no future for Nigeria.

“Corruption is worse in Nigeria now than it has ever been because of the people Buhari surrounds himself with.

“We need to ask ourselves why the North has more states and local governments than other parts of Nigeria. The military made it so to favour the North.

“The late sage, Chief Obafemi Awolowo, wanted a constitution that would make every region in Nigeria grow at their own pace.

“That is why Nigerians are clamouring for restructuring because each region was dependent on clear autonomy.

“Nigerians want restructuring and dialogue to rebuild trust in Nigeria. We must beg President Buhari to agree to what the people want.”

On his part, NEF spokesperson, Mr. Hakeem Baba-Ahmed, said the future of Nigeria does not need the All Progressives Congress, APC, and the Peoples Democratic Party, PDP, to change fortunes.

He charged Nigerians to vote for an individual who is interested in the development of the country.

He said: “The North has paid the biggest price for the failure of President Muhammadu Buhari.

“Don’t attribute Buhari’s failure to northerners. The people in the North have the wrong person in office because they are the first victims of the misgovernance of President Buhari.”

In his opening remarks, Executive Director of the Ripples Centre of Investigative Journalism, RCDIJ, Mr. Sam Ibemere, reiterated the importance of the gathering, saying it was to redress the national issues due to the widening gulf among the populace.