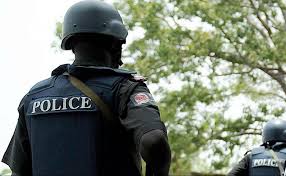 Four policemen have been reported killed during an attack by gunmen on the Police Area Command in Nnewi, Anambra State.

The attack which occurred on Monday was alleged to have been carried out by suspected members of the Indigenous People of Biafra (IPOB).

The spokesman for the Anambra State Police Command, Tochukwu Ikenga, told our source  that his office had yet to receive a detailed report on the incident. He, however, said that the police battled the assailants and warded them off.

According to sources, the gunmen stormed the Police Area Command on Monday afternoon and engaged the security operatives in a fierce gunfight.

The gun duel with the assailants – who came to the police facility in about seven vehicles – lasted for more than one hour.

This caused pandemonium among residents in the area who scampered to safety.

An eyewitness who pleaded anonymity told our source that the gunmen overpowered the security operatives and carted away with some of their arms.

By the time a reinforcement from the Nigerian Navy arrived, according to the witness, the gunmen had left.

The military operatives were said to have gone after them but to no avail.

But the police could not immediately respond to the claim at the time of filing this report.

The attack is believed to be a reprisal for the killing of two suspected members of the proscribed group on Sunday morning.

Since the beginning of the year, dozens of police facilities, including a state police command have come under attack in the South East.

This led to the death of several police officers with many others injured – a situation that has become a source of concern for leaders in the region.