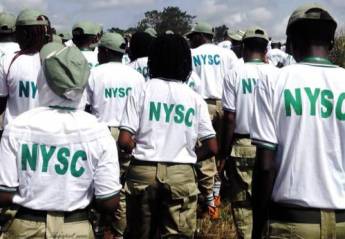 The National Youth Service Corps (NYSC) offered free medical services to no fewer than two million persons in the last seven years, an official has said.

NYSC Coordinator in Edo, Mrs Olubukola Abiodun, stated this on Monday in Auchi at the start of a week-long Health Initiative for Rural Dwellers (HIRD).

Abiodun, represented by the Assistant Director, Community Development Service, Mrs Clara Isede, said the NYSC health programme was to promote the wellbeing of indigent persons at the grassroots.

“Driven by our determination to deepen the impact of our healthcare services, management launched the HIRD in 2014.

“The programme is largely implemented through medical outreaches in communities across the country.

“During the exercise, the corps medical volunteers carry out diagnosis; treatment, medical procedures; drugs, eye glasses and other medical consumables are also given to patients free of charge.

“So far, over two million persons have been attended to by the NYSC medical teams on the HIRD platform.

“The scheme has donated over 300 wheelchairs with support of partners through this programme,’’ she said.

Abiodun said that the scheme had been using other community development service platform to make more frequent health-related interventions.

She added that such interventions include health survey, construction of cottage clinics, campaign against HIV/AIDs, malaria control, immunisation against polio and other killer diseases.

The coordinator said the scheme had concluded plans to set up mobile clinics for wider outreach, adding that this was aimed at increasing medical services to the rural dwellers.

Mr Dada Abubakar, a community leader in Auchi, thanked the NYSC for the gesture and urged the people to come out en mass for the free medical service.

“This is a great initiative, and we appreciate them for the outreach.

“Health is wealth, they (people) should take their health seriously, when they hear anything, especially free medical care, they should come out en-mass and use the opportunity to test themselves,’’ Abubakar said.