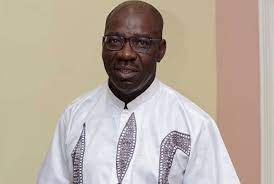 The Edo State Government has paid workers salaries and pension for the month of August, in line with its commitment to the welfare of civil and public servants in the state.

Secretary to the State Government, Osarodion Ogie Esq., said the Governor Godwin Obaseki-led administration has been consistent with meeting its statutory obligations to workers in the state.

According to him, “The Edo State Government has paid salaries and pensions of its workers for the month of August 2021. This is in line with the tradition of meeting this obligation on or before the 26th of every month.”

Ogie noted that the state government will continue to prioritise the welfare of workers and ensure they are provided a conducive work environment to optimally serve the good people of Edo State.