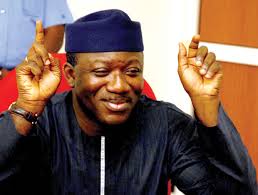 The recent calling for secession of the South-West region from the Nigeria, is one that should been of great concern to all Yoruba’s irrespective of their status and position.

Some of the leaders are seating on the fence, while. Some has decided to voice out their positions as regard the secession.

Governor Kayode Fayemi in a recent interview with Arise Television which was conducted on Tuesday March 23, the Governor Kayode who also is the chairman of Nigeria Governor’s forum, the he said those calling for secession are doing so out of frustration.

The Governor expressed hope of the country overcoming its present challenges. He said that, when there is stress and laxity in society, one is bound to find a whole range of responses.

“Frankly, when you have stress and laxity in society, you’re bound to find a whole range of responses. Some rational, some irrational, some that speaks to the fears that people, some opportunistic and harebrained. There’s no question that some of the reactions we’ve seen will fall into all of those categories.”

“I have gone on record to say that I have unfailing optimism that in spite of all our challenges, this country will triumph and we’ll survive current challenges. We as leaders must focus on the goal of protecting lives and property, and focus on safety and security as the primary responsibility that we have.

“The people who are talking about secession frankly, some of them are doing it out of frustration. I don’t think that’s the solution to the Nigerian predicament right now.

“In matters of economic development, we may need to begin to look at other ways of managing diversity and difference in our country and that devolution of power is an idea whose time has come.”

The governor called on all Nigerians to have hope in the country, he said the county might be going through tough times, but, breakage is certainly not the option.