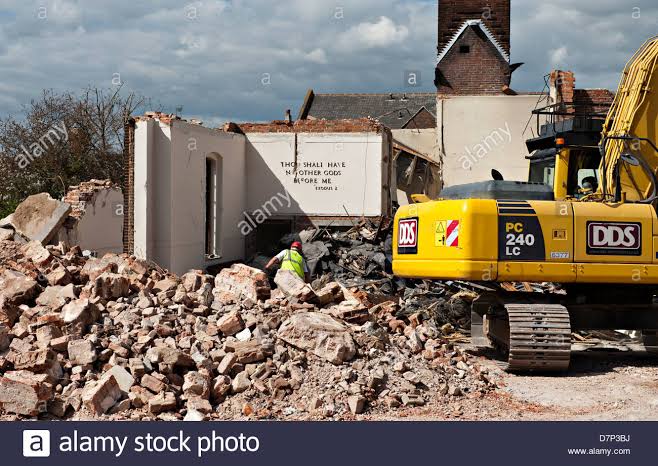 At least one person was shot dead and five others injured as Borno Geographic information service, BOGIS demolished a church at Moduganari area of Borno state

Staff of the agency were said to have stormed the community at about 11 o’clock in the morning with a grading truck, bringing down the worship Centre without notifying owners of the church.

While residents of the community tried to get reasons for the action, the civilian Joint Task Force attached to the agency allegedly shot in the air to disperse them resulting to the killing of a church member identified as Mr Ezekiel while five others sustained various degrees of injuries.

The state police command and the Agency are yet to comment on the incident.