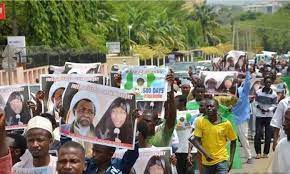 In a bid to dispersed members of the Islamic Movement of Nigeria in Maitama, Abuja, on Monday, a man identified as Muhsin Abdallah was killed. He was allegedly hit by a stray bullets believed to have been fired by policemen while many others were also said to have sustained injuries.

The Islamic Movement were demanding the release of their leader, Ibrahim El-Zakzaky; and his wife when the unfortunate incident occurred.

According to the spokesperson of the group Ibrahim Musa, who alleged that “the police fired on the Shi’ites procession killing Muhsin Abdallah and injuring scores of others.’’

The police command in Abuja, in charge of the Federal Capital Territory Police was silent on the demise of Abdalla, but said its men dispersed the Islamic Movement in Nigeria, IMN procession after the protesters went on a rampage.

Mariam Yusuf, who is the command spokesperson,  said the operatives “successfully restored calm in Maitama after professionally dispersing a violent protest by some members of the proscribed Islamic Movement of Nigeria.’’

Yusuf in a statement added, “Unfortunately, the members of the disbanded sect went on a rampage destroying public property and attacking innocent citizens, including police officers with stones and other dangerous objects

“In view of the above, the command wishes to state that it will not condone any form of attack on its personnel, equipment or other public property.’’