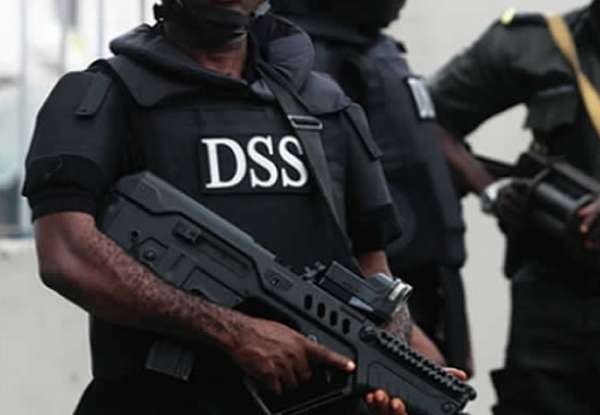 The Department of State Services (DSS) says no journalist from Channels Television was taken into custody.

Earlier on Thursday, there were unconfirmed reports that two journalists working with Channels Television were allegedly arrested by the DSS over a recent interview on President Muhammadu Buhari.

The reports of the arrest came amid a query issued to Channels TV by the National Broadcasting Commission (NBC) over a recent interview which featured Samuel Ortom, governor of Benue.

But denying the arrest, Peter Afunanya, spokesman to DSS, said no journalist was taken into custody.

“The attention of the DSS has been drawn to news making the rounds in some sections of the media that its operatives earlier today (26th August, 2021) arrested two (2) journalists of Channels Television. This is false and misleading. Fake news peddlers should shun the act,” Afunanya said in a statement.

While appearing as a guest on Sunrise Daily on Tuesday, Ortom had criticised the President Muhammadu Buhari administration, noting that the federal government’s decision to review grazing reserves across the country is “unconstitutional”.

“I’m disappointed with the presidency. One would expect that we’re in a democratic governance and the presidency would have understood this,” he had said.

“I think Mr President was misquoted or he did it out of error. He should come out to apologise to Nigerians. There is no basis whatsoever for this to be going on when we have the Constitution.”

However, in a letter signed by Balarabe Ilelah, its director-general, and dated August 24, the NBC accused the station of not being thorough in its interrogation, and described the governor’s comments as “divisive, inciting and unfair”.

The NBC also said Channels TV violated six of its codes during the broadcast of the interview.