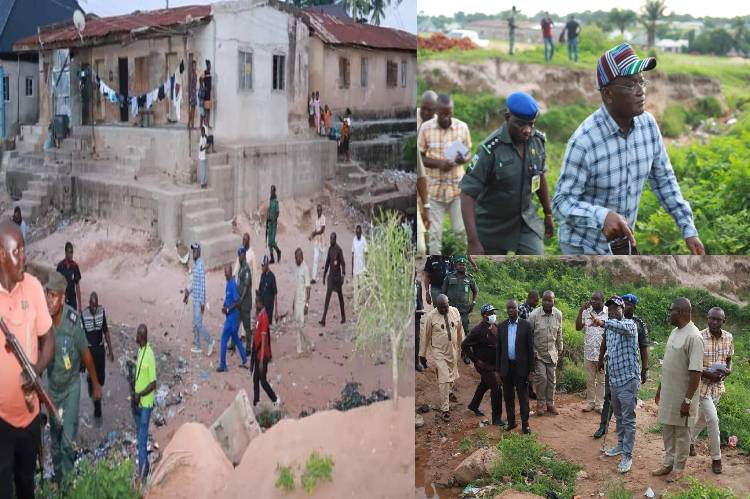 Governor Samuel Ortom has directed the State Ministry of Water Resources and Environment to immediately begin work on reconstruction of streets ravaged by gully erosion as part of the solution to ecological challenges confronting the State.

The Governor who gave the directive today while inspecting streets ravaged by gully erosion in North Bank, Makurdi said funds accessed through ecological interventions would be channeled for the reconstruction work.

He stated that so far, N80 million naira had been accessed which would be used to commence work, pointing out that N40 million is to be accessed monthly for the project.

The Governor noted that the local governments would also support the erosion control measures in order to open up streets some of which had become impassable.