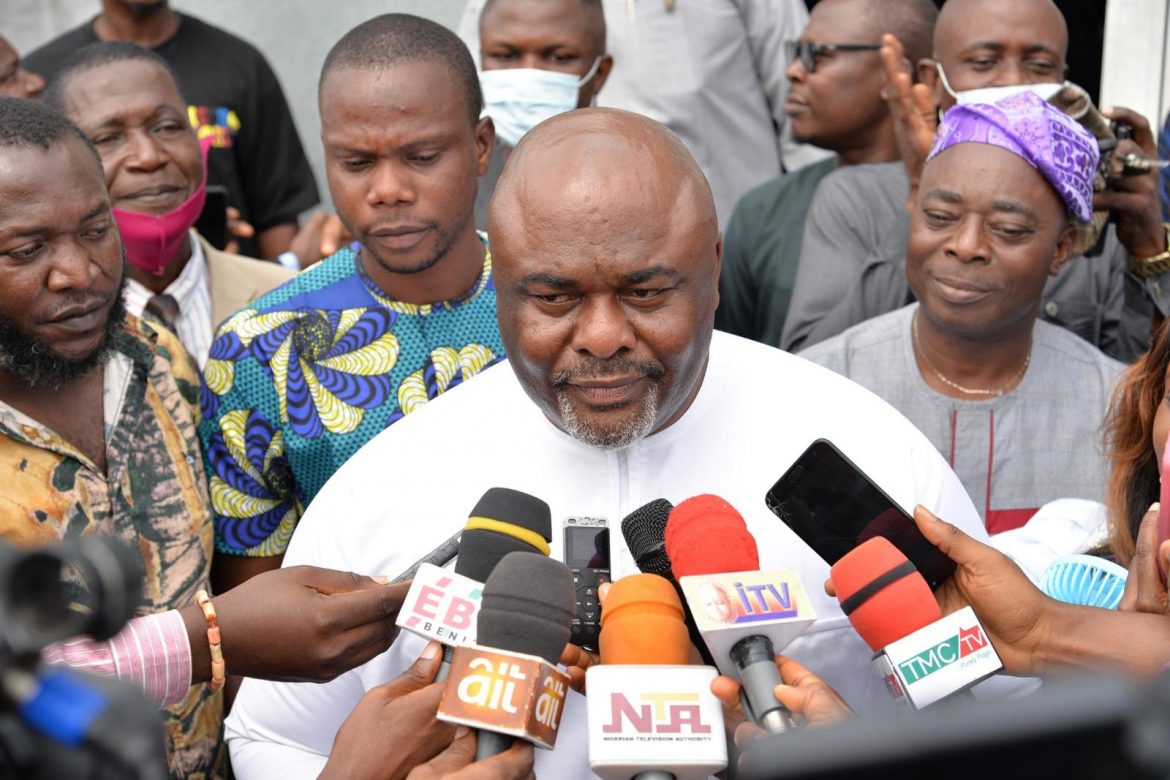 Former Edo State Commissioner for Arts, Culture, Tourism and Diaspora Affairs, Osaze Osemwengie-Ero, has disclosed plans to lead a protest to the Italian Embassy within the next four weeks to demand the release of over 300 Nigerian youths illegally detained in Italian prisons for trumped-up charges on mafia-related offences.

Osemwengie-Ero, who returned to Benin City on Monday after over a year of wrongful detention in Italy, said he was a victim of racial discrimination and manipulation of a very corrupt prosecutor of the Italian Justice system as he was on an official trip to Germany, in 2019, to have a meeting on the Benin artifact restitution campaign when he was arrested in Amsterdam and illegally detained by the Italian government.

According to him, “We have over 300 Nigerian youths in Italian prisons illegally arrested and incarcerated for false allegations of mafia-related crimes.

“I have a list of all of them and I am making contact with their families; I made a promise to them that they will not be forgotten.

“We will campaign against the corrupt Italian Justice system and I am going to lead a protest to the Italian Embassy within the next four weeks.

The ex-commissioner, who commended Governor Godwin Obaseki for his support and show of concern during his ordeal in Italy, said his arrest and incarceration had nothing to do with the state government or the governor.

“My arrest and detention had nothing to do with the governor or Government of Edo State, though I was on an official trip to Germany for the return of the stolen artifacts.

“The arrest had nothing to do with money laundering. I wonder why people will say I was arrested with $2 million in my pocket or suitcase for the governor,” he added.