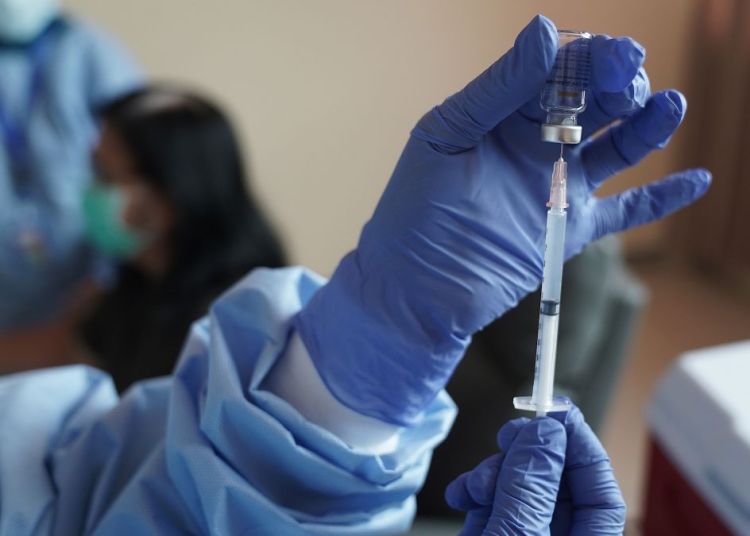 More than a dozen fully vaccinated doctors have died of Covid-19 in Indonesia, according to a medical association, as the Southeast Asian country battles a rash of severe cases in inoculated medical workers and highly infectious new virus strains.

Infections have surged in the nation of 270 million people in the past week, with more than 2.05 million cases reported as of Saturday, as hospital occupancy rates soared to more than 75 percent in Jakarta and other hard-hit areas.

Nearly 1,000 Indonesian health workers have died from the virus since the pandemic started, with the country’s medical association confirming on Friday that 401 doctors were among the victims – 14 of whom were fully vaccinated.

“We are still updating the data and confirming whether the other cases had been vaccinated or not,” the association’s COVID-19 mitigation head Mohammad Adib Khumaidi told journalists.

The rise of severe cases in inoculated medical workers has raised questions about the China-produced Sinovac jab, which Indonesia is heavily relying on to vaccinate more than 180 million people by early next year.

This month, more than 300 vaccinated doctors and healthcare workers in Central Java were found to have been infected with COVID-19, with about a dozen hospitalised.

The country is also grappling with new virus strains, including the highly infectious Delta variant first identified in India.

In the capital, Jakarta, the surge in cases have forced hospitals to set up emergency tents, according to Detik news website, which quoted provincial government officials.

In Medan, the capital city of North Sumatra province, Dr Inke Nadia D Lubis, member of the COVID task force in the area, reported that in the last six months as many as 1,800 children have been infected with the virus, including 14 who have died.

On Friday, President Joko Widodo said that the country is facing an “extraordinary situation”, vowing to respond with “quick and appropriate policies” while urging his countrymen to cooperate in the government’s response.

Clinical symptoms suggest that strain is responsible for a surge in cases in West Java, the medical association’s spokesperson for the province, Eka Mulyana, said.

“In West Java, bed occupancy rates have exceeded 90 percent. Some hospitals’ rates are even more than 100 percent,” he told reporters.

“At this rate, our health system is close to collapse.”

Dozens of communities in Central Java’s Kudus regency were put under lockdown after the Delta variant was detected in local testing samples, causing a sudden spike in virus cases.

A patient rests on the floor at a temporary tent outside the emergency ward of a government hospital, amid the coronavirus disease (COVID-19) pandemic in Bekasi, on the outskirts of Jakarta on Friday [Willy Kurniawan/Reuters]

The surge has been partly blamed on millions travelling from that region across the Muslim-majority nation at the end of Ramadan last month, despite an official ban on the annual migration.

The Indonesian medical association’s Kudus representative, Ahmad Ipul Syaifuddin, has said the mass movement of people had made it next to impossible to determine where the surge began.

“We have no clue on how to trace and find the first spreader of the Delta cases because the sampling test result came out around three weeks after the mass exodus,” he said.

“My sample was among the tested sampling for the Delta variant. I have already recovered and (have) tested negative now, but I still have a cough.”

Meanwhile, the Jakarta Post reported that among those who were recently infected with the coronavirus is an unnamed Indonesian official, who was travelling to Italy for an international conference.

The official is under quarantine for 10 days after testing positive upon arrival at the Sicilian port city of Catania, where officials from around the world were convening for a series of G20 ministerial meetings.