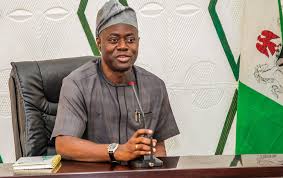 The inspectro general of police, Mohammed Adamu, the Oyo State Governor, Seyi Makinde and some traditional rulers in the state will pat a fact finding visit to the troubled igangan, ibarapa North Local Government area of the state. the visit will affirm them the opportunity to look at the lingering issue in other to restoring peace in the troubled area.

This meeting was reviewed to the public on saturday by the The Deputy Chairman, Oyo State Council of Obas, Oba Francis Alao, who said the meeting was organised primarily to ensure that peace returned to the area.

Violence had erupted in Igangan, Ibarapa, on Friday when a popular Yoruba freedom fighter, Sunday Adeyemo, well known as Sunday Igboho, alongside his followers, stormed the Fulani settlement in the ancient town to eject Seriki Fulani, Salihu Abdukadir, and herdsmen accused of perpetrating crimes ranging from kidnappings, killings, rape to invasion of farmlands with their cattle.

The monarch said a team of the state government would represent the governor while a team from the office of the IGP would stand in for Adamu, noting that the Commissioner of Police in the state, Ngozi Onadeko, would be present at the meeting.

He said, “I am going there tomorrow (today) to hold a meeting with all the traditional rulers in Ibarapaland. The Commissioner of Police in Oyo State too will be there. A team from the Inspector-General of Police Office is also going to be there.  The state government (representatives) will also be there.

“All we want to do is to ensure there is peace in the area for everybody to coexist peacefully. I am going in my position as the Deputy Chairman, Oyo State Obas Council; I am going on that premise and we have told all traditional rulers from the three local government areas in Ibarapaland to be there as well.

“There is an ongoing reconciliatory effort at Tede, Ago Are and Ago Amodu in Atisbo Local Government Area. I am coordinating that and everybody should sue for peace. Everybody should eschew violence and embrace peace while the security agents will do their investigation.”

The Asigangan of Igangan, Oba Lasisi Adeoye, also confirmed to our correspondent in Ibadan that he and traditional rulers from Ibarapaland would be part of the meeting,

He said, “All the Obas in Ibarapa will hold a meeting here in Igangan tomorrow (today) and the Olugbon will be here for the meeting.”

Sources said the government delegation would visit the troubled spots to assess the extent of damage.

“The delegation will also engage the youth to calm frayed nerves and ensure that peace is restored to the troubled areas,”.

It is not clear as of press time who will lead the government team, but sources said Makinde had constituted a high-powered delegation among his senior officials to embark on the trip.

Sources added that a full report on the Ibarapa situation would be made public by the government and the police after the assessment tour.