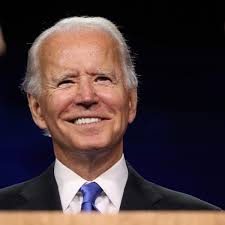 US President Joe Biden on Monday called Pope Francis’s visit to Iraq a symbol of hope for the entire world, according to a White House statement.

The president called Iraq as “home to one of the oldest and most diverse Christian communities in the world.”

“To see Pope Francis visit ancient religious sites, including the biblical birthplace of Abraham, spend time with Grand Ayatollah Ali al-Sistani in Najaf, and offer prayers in Mosul — a city that only a few years ago endured the depravity and intolerance of a group like ISIS — is a symbol of hope for the entire world,” he added.

Biden congratulated the government and people of Iraq for planning the Pope’s visit, and said he continues to admire Pope Francis for his commitment to promoting religious tolerance, the common bonds of humanity, and interfaith understanding.

Pope Francis landed in Iraq on Friday, which marked the first time a papal visit to the