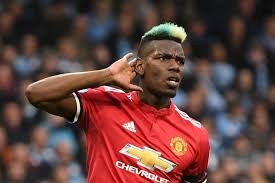 Following a first half with several controversial incidents at Turf Moor, Pogba found the net with a deflected effort off a Marcus Rashford cross 20 minutes from time to ensure United leapfrog Liverpool in the standings.

The hard-fought win is a huge boost for Ole Gunnar Solskjaer’s side, who head to Anfield at the weekend in what could end up being a key match in a title race United have clawed themselves back into.

United held their nerve following an opening 45 minutes which saw Luke Shaw narrowly avoid a red card following a VAR review of two separate incidents which lasted over five minutes, while referee Kevin Friend controversially ruled out a Harry Maguire header to leave the visitors fuming at the interval.

However, United turned the screw from the start of the second half, and Pogba’s match-winning display offers the Red Devils the chance to open up a six-point lead over champions Liverpool this weekend.