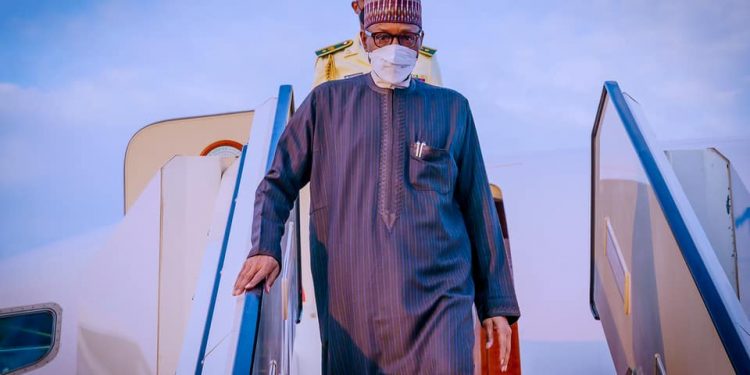 He has also used the opportunity of the trip to carry out routine medical check-ups.

The Global Education summit, co-hosted by British prime minister, Mr Boris Johnson and President Uhuru Kenyatta of Kenya successfully generated about $4 billion out of the targeted $5 billion for the transformation of the education sector in low income countries, including Nigeria.

The summit focused on topical issues including Education’s Reset – Learning from COVID; Transforming the Child’s Learning Journey; Gender Equality In and Through Education; Ripple Effect – Education’s Impact on Sustainability and Financing for Impact – Volume, Equity, Efficiency.

At the summit, President Buhari pledged to increase the budget for the education sector in Nigeria by as much as 50 per cent over the next two years.

He had stated: “We commit to progressively increase our annual domestic education expenditure by 50 per cent over the next two years and up to 100% by 2025 beyond the 20 per cent global benchmark.”

The President’s plane, Nigeria Air Force 1, touched down at the Presidential wing of the Nnamdi Azikwe International Airport, Abuja at about 18.00 hours on Friday.

On arrival, President Buhari inspected a guard of honour mounted by officers and men of the Guards Brigade of the Nigerian Army before watching displays by cultural troops representing different Nigerian cultures.

Before departing London, President Buhari was reported to have visited former Lagos State Governor and National Leader of the All Progressives Congress (APC), Bola Tinubu, who is believed to be on medical trip to London.