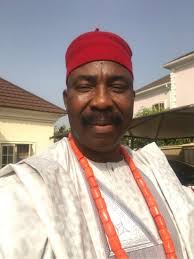 the gruesome killing of a US base man, prince Denis Oloniyo Abuda by kidnapper along Benin bypass road in Edo state has caused a lot of worries by Nigerians in diaspora.

the Nigeria community in Atlanta, united state has expressed their displeasure over the way and manner Prince Denis was murdered, prince Denis who based in Atlanta and a member of Nigerian in diaspora organisation (NIDO), was said to have been on his way to Lagos from his home town Fugar in Edo state to catch his flight back to the state when he was kidnapped.

he was said to have been shot by his abductors dead after he slumped when he was been forced to march to the den of the of the abductors in the forest.

the Nigerian in diaspora Organisation (NIDO), atlanta chapter, conveyed the community’s displeasure on Thursday. the stance was made known through their president Dr. Victor Ubani.

he made their displeasure known when he was speaking to the News Agency of Nigeria in new york, were he condemned the killing of prince denis, a member of the Nigerian in Diaspora organization.

the police found prince Denis’s decomposed body in the forest on Wednesday after the ransom had been paid him and other hostages.

the NIDO President called on the police and other security agency to flush out the killer and brought them to justice.

over the years, Benin bypass has been a death trap for passer by, and many people has lost their lives to various act of criminality’s