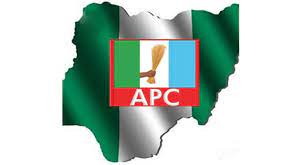 Unhappy with the conduct of the July 31 ward congress in Ekiti State, a Pro-Tinubu group under the auspices of Southwest Agenda for 2023 Presidency (SWAGA), has sued the All Progressives Congress (APC), calling for outright annulment of the election.

The group, in a suit Number FHC/AD/CS/21/2021 filed at the Federal High Court, Ekiti State Division, sought an interlocutory injunction stopping the conduct of the local government  congress or an order declaring the outcome illegal .

The suit deposed to by 36 SWAGA members and contestants in the ward congress on behalf of over  3,650 members of the group in Ekiti was filed by their Lawyers,  Barrister Ayodeji Odu and five others for the plaintiffs.

The plaintiffs sought an order  declaring the congress of the 1st defendarnt purportedly held on the July 31 and  organized and conducted by or under the instruction/supervision of 2nd and 3rd defendants in Ekiti State as unconstitutional, illegal, null and void.

They also prayed the court to declare that  the congress of the 1st defendant purportedly held  in Ekiti-State on the 31 day of July 2021 was in total breach of democratic norms and practices and violation of the Constitution and guidelines issued by the 1st defendant for the conduct of the 2021 ward congresses.

Others include: “A declaration that no congress was held in Ekiti-State chapter of the 1st defendant as no result has been declared in respect of the congress as at the date of filling this case.

“A declaration that all actions or steps taken by the 1st defendant  under the control, supervision, direction of the so called caretaker ”.

Extraordinary convention planning committee of APC, headed by the 2nd defendant, including the conduct of ward congresses across Nigeria and Ekiti State on 31st July, 2021 was illegal and unconstitutional on the ground that the 2nd defendant under whose such  steps or actions were taken was ineligible to superintend over

1st defendant party affairs while still serving in office as a Governor.

“A declaration that all committee/Ward congress committees set up by the 3rd defendant pursuant to the Ward Congress of 31st July 2021 was  unconstitutional, illegal, null and void and in total violation  of the guidelines of the 1st defendant on conduct of the congress”.

They also sought an  injunction restraining the 1st and 3rd defendants from conducting any further congresses into local government and state offices of 1st defendant in Ekiti State pending the determination of the substantive  matter.

The plantiffs asked for  an injunction restraining the 5th  defendant from recognizing or dealing with any ward executive or officers purportedly produced grom the purported ward congress of 31st July, 2021 in Ekiti State.

Commenting on the suit, Chairman of SWAGA in Ekiti, Senator Tony Adeniyi, said INEC and APC had been duly served while also accusing Governor Buni, Paul Omotoso and Samuel Abejide of evading service .

“Having realised that these defendants were trying to obstruct justice by evading service of papers, we are going to file a motion for substituted service on Monday September 6 before the court to make the service easier and for expeditious trial of the case”, Adeniyi said.

But the Secretary of Congress Committee in Ekiti, Hon Femi Akindele, said whoever approaches the court without exhausting internal mechanism to seek redress would be doing that in flagrant violation of the party’s constitution and guidelines.