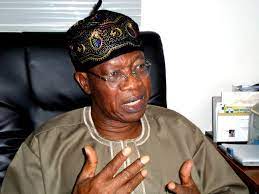 The Minister of Information, Lai Mohammed has asked the People’s Democratic Party to hold state governments, including those headed by members of the party, accountable for the prosecution of banditry and kidnapping cases.

According to him, banditry and kidnapping are not federal offenses.

The Minister made the remark at a press conference on Tuesday.

He was responding to statements credited to the PDP blaming the Federal Government for the rising insecurity in the country.

The PDP leadership had held a press conference on Monday, decrying the level of insecurity in the country and demanding that the federal government tackle the issues headlong.

Mr. Mohammed, a member of the ruling All Progressives Congress, said it was unfortunate that the opposition party has not recognised the efforts by the current administration on the matter including the town hall meeting held in Kaduna where a ten-point action plan was drawn.

He said the PDP press conference was just a play to the gallery and further accused the party of trying to play politics with issues of national security.