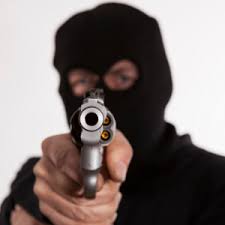 Accountants attached to the cabinet department of the Ekiti sate government’s office were on Wednesday attacked by about six gunmen on their way from a bank at the government secretariat road in the state capital Ado-Ekiti, where they went to withdraw the sum of N20 million naira in cash.

According to eye witness, the gunmen shot into the air to despair passerby, before robbing the officials.

Eye witness, “The officials were paymasters and accountants attached to the Cabinet Department of the Governor’s Office. They went to make withdrawal at the behest of their superiors and while returning, the robbers waylaid them at a place between the Chicken Republic and Fajuyi Park and dispossessed them of the huge cash.”

The robbery incident has brought commercial activities in the area to stoppage, as most business operatives in the area hurriedly shut down while commuters took to their heels.

The investigation is ongoing according to the police.