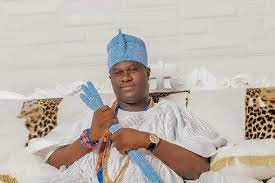 Ooni of Ife, Oba Ogunwusi Adeyeye (Ojaja II), has called on leaders in the country to address the concerns of youths agitating for a break of the country.

He believes the young Nigerians are uncertain of what the future holds for them considering the present realities in the nation.

Featuring as a guest on the latest edition of Channels Television’s News Night which aired on Monday, the traditional ruler stressed the need to fix Nigeria.

“The truth be told, people are just frustrated, people are very frustrated; that’s why you are seeing agitation left, right, and centre,” he said. “If things are in place properly, if institutions are properly entrenched, we are not going to be having such agitation. At all.

“For me, it is rather a sensitive matter because they (the agitators) are youths; because they are very afraid of the future. What does the future hold for them?

“The system has not even supported any of their dreams before, nobody even cares about them other than their parents. Some of them even lack parental value and background, and support; so, they will expect the system to support them.”

Nigeria has been caught up in the web of agitation for secession by many citizens, a majority of whom are youths.

The Indigenous People of Biafra (IPOB) – a group of young Nigerians in the South East is agitating to break out of the country, some youths in the South West are also calling for a Yoruba Nation.

This has, however, been publicly condemned by a majority of traditional and political leaders in both regions who distance themselves from the action of the youths.

Although Oba Adeyeye is one of the prominent Nigerians who insist a united Nigeria is a way forward, he warns leaders against turning a deaf ear to the yearnings of the agitators.

“For me, it is a very tight position but what is key for me is whoever that is agitating, let our leaders talk to them. Let us cultivate a listening ear; it is important.

“It is very sensitive, it is not an ideal thing; if a country is big, the better for everybody. The strength of us together is better but when agitations like this are coming us, listen to them,” the monarch said.