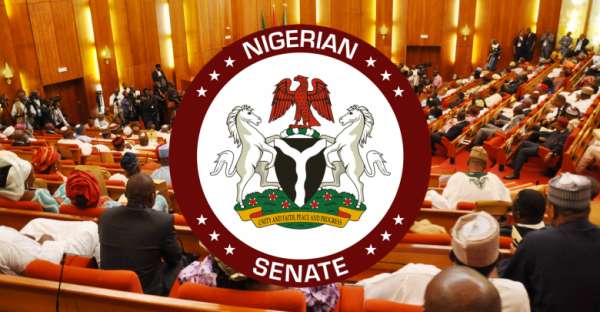 The Senate has directed the Accountant General of the Federation to refund N665.8 billion that was diverted from the country’s solid minerals development fund.

The office of the Accountant General of the Federation was said to have illegally diverted N665.8 billion from Solid Mineral Development Funds and Stabilization Funds to the Independent National Electoral Commission (INEC), Ministry of Power, the Nigerian Army. among others.

The committee chaired by Senator Matthew Urhoghide, in its investigation, discovered that many government agencies benefited from the funds illegally diverted in the office of Accountant General of Federation with other funds meant to be used in the development of solid minerals in the country.

Further investigation showed that the federal government paid the entitlement of former President Goodluck Jonathan and his erstwhile deputy, Namadi Sambo, to the tune of N1.5 billion as severance package from the diverted fund on June 11, 2015.

From the stabilization fund, N847 million was given to Ghana, Sao Tome Principe, while INEC again collected N87 billion to commence the conduct of fresh voters registration but paid back N21 billion and is yet to balance N66.7 billion.

The sum of N32 billion for the completion of 4th quarter and 3rd quarter of 2013 capital projects was drawn from the fund, just as N2 billion was obtained for the funding of Army operations in 2013.

Another N3 billion loan was given to INEC to speed up the electoral process in 2013, just as N3.5 billion loan was given to the Nigerian Army for recruitment of 9,000 personnel in 2013.
The Auditor General of the Federation in his query against depletion of Special Funds had said, “Amounts totaling N455 billion were withdrawn from Development of Natural Resources as loans to various beneficiaries between 2004 and 2015, contrary to the established objectives of the funds.

“Also, various amounts totaling N210.3 billion were withdrawn from the stabilization fund as loans to various beneficiaries, between 2004 and 2015 contrary to the established objectives of the funds.

In its consideration of the report by its committee on Public Accounts, the Senate ordered the Accountant General of the Federation to refund the money within 60 days.
The Senate said, “The office of the Accountant General of the Federation should set in motion the process of the recovery of the loans and pay back to the special funds Accounts.
“Ensure that henceforth, payments from these special funds are strictly applied for the purpose they were created. Ensure the stoppage of further withdrawal from these Accounts without a resolution of the National Assembly.”