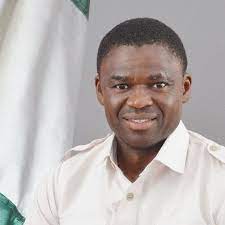 The Edo State Deputy Governor, Rt. Hon. Comr. Philip Shaibu, has congratulated the state’s basketball team, the Edo Beads, for the team’s qualification for the National Premier League after 23 years.

Shaibu, who received the team led by its coach, Victor Umoru, at the Government House in Benin City, saluted the Edo Beads for making the state proud.

The Deputy Governor further reassured the commitment of the state government towards the development of sports, noting that the state is determined to reclaim its lost glory in sports in the country.

According to him, “the state will continue to use sports as a means of creating jobs for the teeming youths of the state and engaging them to shun vices such as crime.”

Earlier in his remarks, Umoru commended the Governor Godwin Obaseki-led administration for its sustained investments in sports development in the stat

Narrating the team’s success story, the coach noted that for the past 23 years the basketball team has not been in any of the national leagues.

He said: “There has been no deliberate attempt by past administrations to improve the development of sports until this present administration came into power.

“We are very grateful that sports in the state has received a massive facelift which has contributed to the impressive performance of the basketball team, as well as the hosting of various sporting events including the handball federation tournament in the state recently.

“Edo State has also made significant impact in sports with the hosting of the 2020 National Sports Festival in the state, which attracted participants from across the country.”

“We have come to show our appreciation to the state government through the Deputy Governor and the Chairman of Edo State Basketball Association, Mr. Michael Gaius-Obaseki for giving us this great opportunity to show cases our talents,” he added.