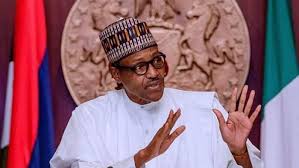 President Muhammadu Buhari will on Thursday address a joint session of the country’s lawmakers on his administration’s efforts to address the security challenges being witnessed across the country.

An aide to the Nigerian leader Lauretta Onochie, stated this in a message she posted on her Twitter handle, @Laurestar, on Monday.

She said: “President @MBuhari will address a joint session of the National Assembly (@nassnigeria) on Thursday, December 10, 2020.”

House of Representatives invited the President to appear on the floor of the parliament and explain the rising spate of insecurity in the country.

The decision was based on a motion of urgent national importance moved by the Borno State caucus on the last weekend’s killing of farmers in the state.

The Senate had also in a separate resolution asked the President to sack his service chiefs.

The Speaker of the House of Representatives, Femi Gbajabiamila, had last Wednesday said the President agreed to address Nigerians, through the federal lawmakers, on the security challenges confronting the nation.

The general public in Nigeria are anxiously awaiting the outcome of the meeting,